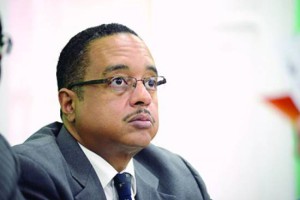 The PLP is expert at allowing its enemies to define it.  For some reason, discount cialis unhealthy the voices that shape public opinion drown out any attempt by the PLP to properly shape its image and legacy.  It is remarkable that after all of that, the PLP is able to win.  The campaign of its opponents is relentless and non-stop.  What they have going for them are the fact that the dominant culture of the country, the European ethos, is allied with the owners of the media and that alliance tends to drown out anything that is Black or pro Black in favour of that which is White and European.

That means that the country seems programmed to think, feel and believe that if it has to do with Black or African people in The Bahamas, it’s got to be crooked or corrupt.  The PLP being perceived as the black man’s party suffer from that.  Thus the narrative of the amanuensis of Hubert Ingraham Front Porch in the Nassau Guardian last week, without being able to show one single bit of evidence concluded that the PLP is greedy and corrupt. There was not one voice to counteract it as  usual.  It just went unanswered.

Damien Gomez, the Minister of State for Legal Affairs and Bradley Roberts, the Chairman of the PLP, are among the few who battled back last week on other fronts.  Mr. Roberts unleashed a barrage of information which had Hubert Minnis, the Leader of the Opposition backing up and backing back.  Mr. Minnis said he had declared his interest in a building which was being rented by the Government when he was a Minister of Health. Then he had to change his story.  Well no, while the contract was started before he became minister, he told the Public Health Authority, do not continue to rent my building but the Public Health Authority refused to take the instruction for five years and he continued to get the cheques.  He did not disclose his interest according to documents supplied by Mr. Roberts.  However, Dr. Minnis said it was “my company not me “and so there was no requirement for him to disclose.

The point is now made on Dr. Minnis. He is done but it is not in the PLP’s interest for him to be taken out at this time.  We should not do the FNM’s dirty work for them.

Mr. Gomez said on a radio programme and  to the intrepid Candia Dames of the Nassau Guardian that neither administration was really serious about dealing with corruption.  Uh oh!.  That made the headlines of Ms. Dames’ column and the people who got most upset were the PLPs.  What did Mr. Gomez mean?  How could he say such a thing?

Well picture this, think about this?  Here we are three years into the PLP administration, down on our fortunes.  Up at the upper levels the question of survivability seems not to be an issue.  Legacy trumps all to the exclusion of listening to the noise in the market. It is an unhappy market and polling data be dammed on this point, the anecdotal evidence is heavy that there is great discomfort in the trenches.

Go back then to our first paragraph and the perceived lack of push back. The PLP in their closed groups online   wonder aloud what is going to happen with them if God forbid the PLP loses the next election and some are predicting that a loss is a certainty unless there is change.

So what Mr. Gomez is saying is this: we came to office saying that we would not only not be engaged in corruption but we would root it out wherever we found it. Or suspected it. Yet, we have evidence of improper conduct with former Deputy Prime Minister Brent Symonette and the Arawak Port Development and Bahamas Hot Mix; we now have the situation with Dr. Minnis, we have the sale of BTC by Hubert Ingraham;   we are hearing stories of a former FNM Minister who  is a beneficiary in the drug distribution company that has an 81 million dollar contract with the drug prescription programme with National Insurance;  we have  the report of someone on the Board of BEC under the FNM taking a bribe coming out of the American courts.  It appears that there is reluctance to follow the  trail where this all leads despite the PLP’s campaign promise to do so.  The FNM gets a pass, while they slam the PLP every day with the idea of corruption of malfeasance.

Mr. Gomez is a younger politician that wants a future.  Legacy is not his issue or problem. He wants to survive.  But there is a curious thing at work in our ethos which is rather than concentrate on the issues at hand, we would kill our young.