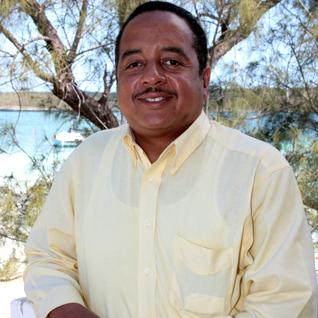 buy cialis cialis sale times;”>It is now official Damien Gomez has resigned from the Cabinet.  It appears that it will become effective on 31st December.

Mr. Gomez did not scorch the earth as he left. He said that he had to go because of financial reasons.  He spoke later to the press and said there were ethical reasons why he had to leave.  He had to clarify that with a written statement that that had nothing to do with problems with his colleagues.

We are sad to see him go: a capable bright man with lots of ideas and  who tried his best while in the Cabinet for Eleuthera.   He argued that his part of Eleuthera was perhaps the most deprived in The Bahamas with total unemployment south of Green Castle.

He is struggling to get a hospital built there.

He pledged his continued support for the PLP and for the Prime Minister.

His dad who is the retired Archbishop of the Anglican Province of the West Indies Drexel Gomez and who has none of the bridles or restrictions on being vocal that his son does, spoke more frankly.  He told The Guardian on Friday 18th December that the family was relieved that he had resigned.  The family felt that Mr. Gomez, the younger, was underutilized in the cabinet.

So one gets the impression from the Dad that here was bright young lawyer, a QC who was given nothing to do while he was there.

We are sad to see him go. We are sad not just because it means we lose his talents around the table but from a political point of view it feeds a powerful narrative from the Opposition side which the PLP has not been able to defeat: death by a thousand cuts.  That the government is dissembling and  the election coalition of 2012 collapsing bit by bit;  Ryan gone, André gone, Wells gone, now Damien.  Leslie barely within the fold and an effective counter narrative is not in place.

So farewell brother.  See you on the other side.