DION SMITH IS A POLITICAL PRISONER 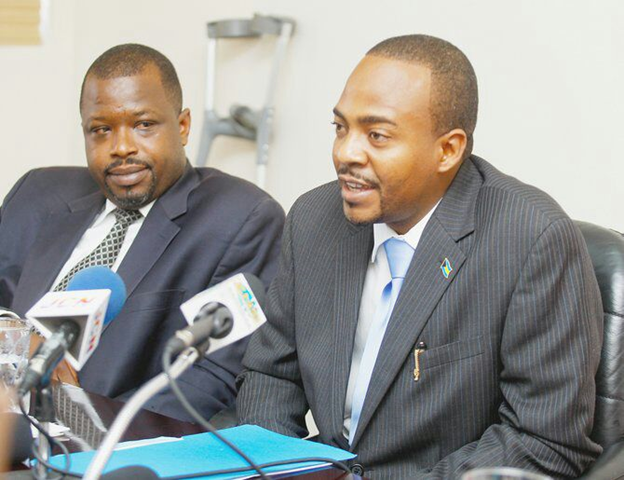 Where was that jackass Fred Smith Q C when Dion Smith and 9 staff members of the Bahamas Agricultural Industrial Corporation were arrested because a TV and a hard drive were missing from the Corporation since the general election on 10 May.  Later they questioned Mr. Smith for some speakers that they said were also missing.  This is simply incredible.

It is not surprising though.  This is typical of the playbook of the nasty and vile FNM administration.  They are so filled with their holier than thou attitudes that they go looking for things that don’t exist to fulfil their false prophecies.   This is going too far.  They have used the police to go into a Corporation with guns drawn, intimidate nine staff members and their co-workers on the job.  Hold the staff members in jail overnight without cause.  They then arrest the Executive Chairman of the Corpoation Dion Smith, a former MP and former Deputy Speaker of the House.  They hold him overnight, even though he surrendered.

The reason they say they could not deal with his case to allow him to leave was that they had a funeral to go to, so no one could set the man free.

Here is what the arrested individuals say.  Guns were drawn, armed with automatic assault weapons.  Mind you this is not a crime of violence they are investigating but white collar crime: stealing by reason of service.  Such investigations are normally dealt with by invitation to the suspects to attend the police.  So what happened was deliberate and malicious.

A former head of the FNM Torchbearers group led a detail of police officers who took the nine away saying that they were looking for a television set and CDUs and missing hard drive.  Only thing is the Permanent Secretary responsible for the Corporation had already been there and pronounced that there was nothing missing.  Everything was accounted for.  So what were they searching for?

They had to have known that there was nothing there and they were involved in a malicious enterprise.

As for Mr. Smith, the public record will probably show that he is still the Executive Chairman of the Corporation.  Therefore, he has the power and right to move anything about the Corporation that he wishes.  It will be interesting to see how the FNM government gets around this major faux pas.

This is deeply embarrassing and traumatizing to the nine employees.  The police who did this have embarrassed themselves.  The Commissioner of Police Ellison Greenslade has much to answer for, how he could allow his Force to be used for such a naked and shameful political exercise.

So welcome to the FNM, the harsh hand of oppression utilizing the police against innocent citizens is at hand, nakedly and unashamedly.

Dion Smith then is The Bahamas first political prisoner.  He and the nine others were not in jail because they did anything wrong but simply because they were PLP.

But not one of these weak kneed individuals who inhabit the Bahamian media, the fake human rights group, none of them will say a word.  After all its PLPs who got locked up and all PLPs need to be locked up one supposes.

The Devil is a liar.