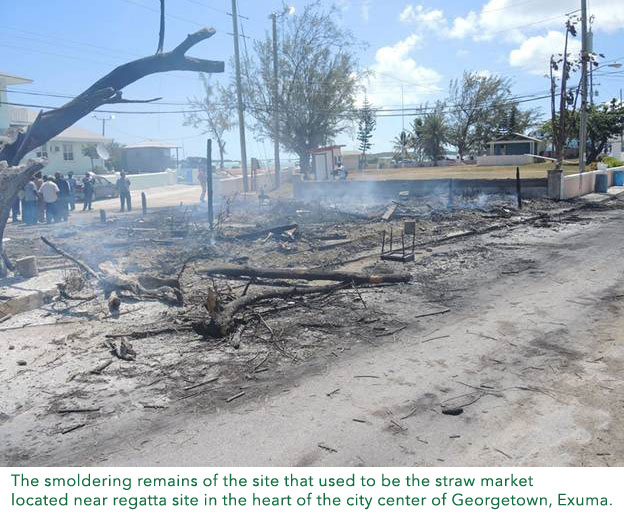 An electrical malfunction is the suspected cause, but on Wednesday evening, literally days ahead of the regatta – the biggest economic and cultural event on the Exuma calendar, the George Town Straw Market was destroyed by fire and taking with it thousands of dollars in merchandise and at least seventeen local businesses.

Deputy Prime Minister Philip Brave Davis led a delegation to Exuma on Thursday, 16th April to assess the fire damage, convey the sentiments of the Prime Minister and his government and to assure the vendors that they were not alone in the hour of loss but help is on the way.

“The government, the Prime Minister has expressed their concern hence I was dispatched this morning to assess what is going on, have a chat with the vendors and let them know that we care about what has happened – we are concerned about what was happening and we are hoping to bring relief to them as quickly as possible.”

Also weighing in on the tragedy was Prime Minister Christie who expressed regret at the great loss and promised that his government would be reviewing this situation and taking the necessary steps to assist the vendors in resuming their business operations as soon as is practically possible. 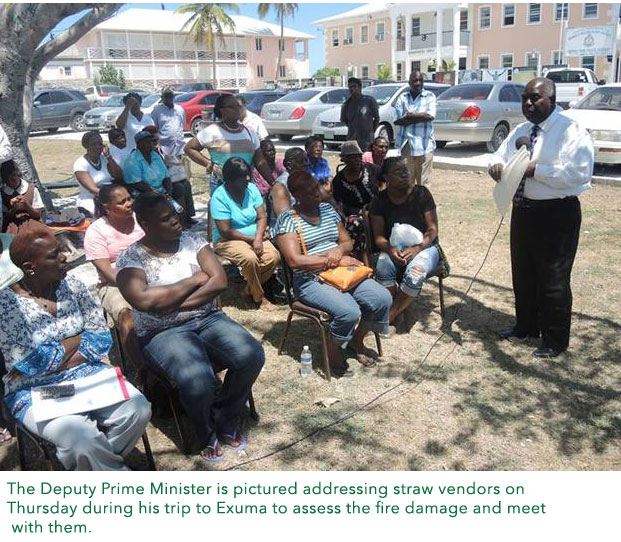 “I am personally aware of that market and of its impact in Georgetown, Exuma. Whenever I am in the area at a regatta or some occasion, I would go in there and talk to the people so I am personally aware of the extent to which that represents a major investment on the part of families down there and so it is a great loss for them and it comes at a time, (one) week before the annual regatta  which is the regatta of all regattas where I am sure they are have stocked up and shot up their supplies for sale to the thousands who would come into Exuma for the regatta. So it’s really a tremendous loss to them. The government will cause an immediate review to take place on that and discussions with the vendors themselves with the view to seeing what assistance we can render and what steps we can take to put them in a position as this matter is being investigated – put them in a position to resume their business as soon as possible.”

The delegation included area Member of Parliament, Hon. Anthony Moss, Chairman of the Straw Market Authority, Kevin Simmons and technical staff from the Ministry of Works and Urban Development.

Also coming to the aid of the straw vendors was the General Manager of the all-inclusive resort Sandals Mr. Mutton who committed to setting up temporary tents on the site and a cash donation of $10,000. Another town meeting is planned to discuss among other matters the location of a permanent straw market and the permanent presence of a fire engine in Georgetown proper. 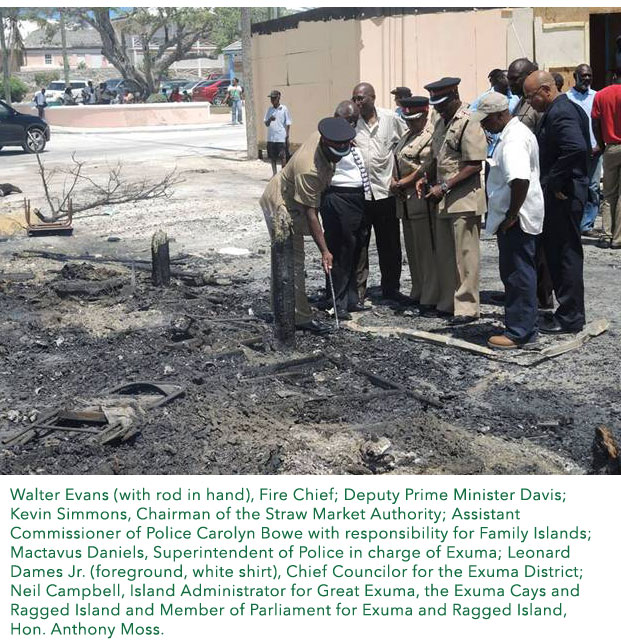