FITZGERALD TO DESMOND BANNISTER: GET A LIFE 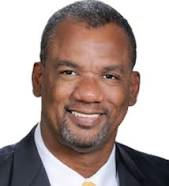 It is obviously to me that the Honourable Desmond Bannister has nothing better to do with his time than to mislead the House and the Country where I am concerned. One would have thought that in light of the recent hurricane and the many school repairs still underway a month after school openings, he would have been more productively engaged, but clearly this is not the case.

The Minister appears to be quite versed on the ruling in the recent Save the Bays matter. It is ironic then that he is unable to decipher between a threat to sue and a caution; particularly in light of the outcome of the case and its threat to parliamentary privilege.

I want to make it absolutely clear that when the government withdrew the appeal in the Save the Bays matter they did not consult me nor did they have to as I was not a party to the matter in my personal capacity. In fact, the Court of Appeal made it clear at the hearing that I WAS NOT personally liable for any cost or the $150,000 fine. That was the cost to the government for withdrawing the appeal.

When it comes to my reputation, my list of accomplishments during my 5 years as a Cabinet Minister will be recorded on the right side of history, from the establishment of The University of The Bahamas, The Bahamas High School diploma, doubling of the scholarship dollars and a Shared Vision for Education 2030. These accomplishments and their impact on the lives of thousands of young persons and their families will not be diminished by the personal agendas and vendettas of those more interested in self-service than the Bahamian people.

Unlike some in the present FNM government, I have never given myself a government contract nor have I ever received any personal benefit from any government contract while I was a Cabinet Minister or before. I filed all of my declarations on time for 10 years so whatever you wish to know about me financially over that period are there for all to see.

I am enjoying life now as a private citizen but it appears that there are some in the FNM who are still “fixated” on me.

My advice: do the job you were elected to do and stop deflecting from your own shortcomings! Elections are over and your theatrics are old!

Get a Life; I’ve moved on so should you!

PrevPreviousWHAT CHESTER HAD TO SAY IN THE HOUSE: YOU AIN’T DONE NOTHING
NextForeign Minister’s UN AddressNext