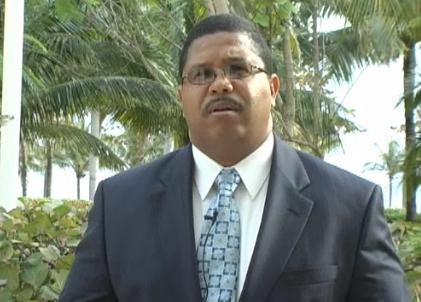 The latest lie from the FNM Government was on the deficit.
The public should be forgiven if they are thoroughly confused by the statements with regard to the budgetary deficit of the Commonwealth of The Bahamas as laid out in the press today and over the past three months of the FNM in Government.

One time the FNM told the House of Assembly the deficit would be in fiscal 2016/2017, 500 million; the Central Bank said no it would be 286 million, and then Moody’s now says it could be 636 million

The truth is that the FNM has caused this confusion by being fundamentally deceitful and dishonest in a shameful attempt to sully the name of the PLP. This has done damage to the country’s credibility.

The FNM’s Minster of Finance suddenly decided to switch the method of accounting for Government debt without explaining the policy decision of the government and the reasoning behind it.

It was only after the PLP attacked the truthfulness of his $500,000,000 number that he said he was switching from the cash basis of accounting used by all governments of The Bahamas up to now to an accrual basis which is the more traditional method for business.

That decision has caused confusion. It means that you cannot fairly compare what the PLP did with its budget predictions with what the FNM is now doing. It would not be comparing apples with apples.

In addition, while the Minister of Finance claims he has switched the method of accounting, the truth is that if it was his intent to do so, he did not do so properly. Specifically, if one is using the accrual method then one does not have the luxury of deciding which bills to include and which bills to not include. Clearly, the Minister’s estimate of $500,000,000 would itself be hopelessly wrong because he has also left out some major debts which are outstanding and not accounted for. Examples, would include the money owed by the Government for land acquisition which remains unpaid and the pension liabilities to BTC employees.

The reason the Minister gave for going down that road was that he wanted to be honest. The truth us that he is not only being dishonest but is showing a frightening degree of lack of grasp of accounting principles, especially since he is a professional accountant.

All of this has one purpose and that was support the narrative that the PLP had recklessly managed the economy. The facts now coming from both the Central Bank and from Moody’s are betraying the Minister and show otherwise.