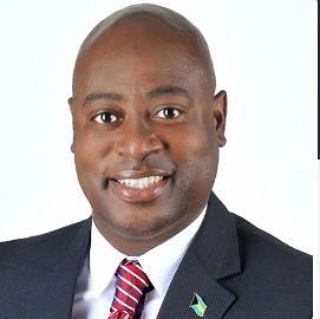 Chairman Collie’s Statement on Mr. Leonard Sands’ Campaign Suspension Sidney Collie, Chairman of the Free National Movement (FNM), issued the following statement on Mr. Leonard Sands’ campaign for the Bain & Grant’s Town Constituency:
“On Sunday, July 10, I received a letter from Mr. Leonard Sands that he would be suspending his campaign for the Bain & Grant’s Town Constituency for personal family reasons. I would like to thank Mr. Sands for his many years of service, work, and commitment to the FNM and The Bahamas. I appreciate his willingness to come forward to be part of the electoral process but we understand that public service is a commitment – and we also understand family always comes first. Attached is the full and complete text of Mr. Sands’ letter.”

Mr. Sands claimed in his letter that there was too much infighting in the party and so he was suspending his campaign for that reason. However, the stories abound that he is about to be sued for a substantial sum of money. Tennyson Wells, former Minister, who is no deep freeze, seemed to let the cat out the bag with his comments to The Tribune. To sum it up he seemed to say, no broke ass can run for the FNM. Here is what Mr. Wells said in his own words to The Tribune 13 July:

“I don’t know how he [Mr Sands] could suspend his campaign. When you suspend that means you gone, you’re no longer a candidate.

“Based on my experience, a lot of people want to get involved in politics thinking there is a lot of glamour and when they get involved they find it’s a cost and they may expect the parties to support them. But particularly when you’re in opposition, opposition parties don’t have that kind of funding.

“I don’t personally believe that persons should get nominated, and the committee set up to do the due diligence on candidates presenting themselves, they should ensure the candidates can maintain a constituency office. Pay the rent, pay the light bill, have a secretary there. You have to be able to spend probably $3,000 per month if you want to run, and if you don’t have that, leave that alone.

“When the Candidates Committee [is] doing their due diligence and vetting these persons, unless candidates can do that I don’t think they should be nominated, not in this day and time.
“I wouldn’t say it’s a rich man’s game but I think the party should be able to fund some candidates because you want to have a broad section of candidates to show the social strata but it can’t be everyone going there looking for that. You might find the young people who just started, you going to bring them up through the ranks, you can fund them.

“But if you been around working 10 to 15 years and you want to run and you can’t fund, at least keep a headquarters open for six months before the election and get nominated before that. You should fund yourself when it’s coming down before the election.

“These are all judgment calls that have to be made. I don’t think the persons who are dealing with these issues, sit down and think the things through properly.”

“It can’t be infighting. If it’s that then he [Mr Sands] should not have accepted the nomination. What’s going on in the press and public view has been going on now from last convention. If he’s that concerned, that should have caused him not to apply for nomination in the first place.

“What is going on in the party now, it has its merits and demerits but when it’s all over, and Minnis has won, Minnis will beat the PLP. They goin’ get beat bad because Minnis has a lot of base support.”