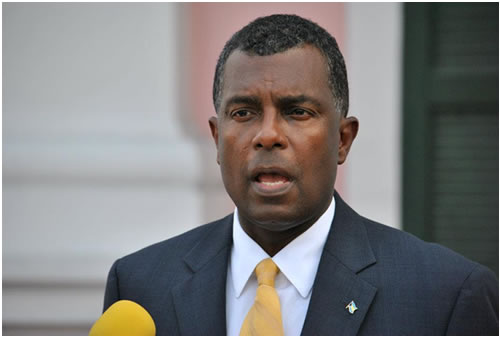 For Immediate release
viagra sale look times;”>26 April 2015
sales times;”>
The following statement was circulated by e mail to all PLPs by Fred Mitchell MP in response to a statement issued today by the Leader of the Opposition Hubert Minis saying that he has heard that the government does to support the Prime Minster:
For the record: I saw with my own eyes Hubert Ingraham in Exuma, with the Opposition spokesman for Foreign Affairs on the weekend.  Dr. Minnis was not there.  I can surmise therefore in the absence of  anything to the contrary that the FNM is in meltdown.  Dr. Minnis was not invited to the party.  The rumours are rife that the former Prime Minister plans to supplant him and take over the FNM again.  The Deputy Leader Loretta Butler Turner is said to be after his job.  Perhaps this is what has Dr. Minnis speaking the foolishness which he now trots as commentary on public policy.  It is plainly on its face stupid.  The government supports the Prime Minister 2000 per cent. There is not one shred of evidence anywhere to support his assertion.  Dr. Minnis is in cloud cuckoo land as usual. He ought to look after the disquiet in his own ranks. The press ought to be more responsible than parrot idle propaganda and lies as truth.   Fred Mitchell MP
Tags: foreign hubert minister minnis slams telling untruths