viagra sales unhealthy times;”>Fred Mitchell, stuff Minister of Foreign Affairs, is seen with former High Commissioner to London Richard Demeritte at his home  in Cable Beach as he was presented with a copy of the former diplomat,   former Auditor General’s life story in a book called The Consummate Diplomat.  Mr. Demeritte writes the story of his life from humble beginnings in Balls Alley in east New Providence to the High Commissioner to London and describes his service as Auditor General.  The presentation took place on Sunday 26th April. 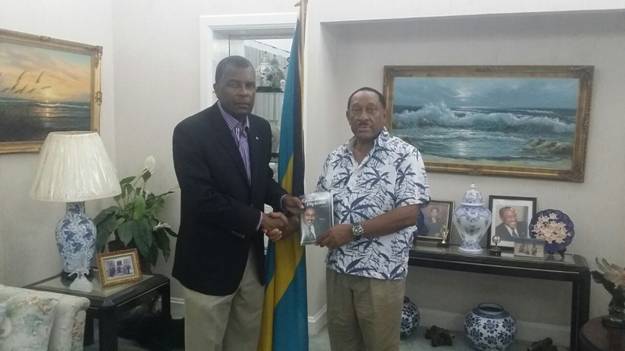