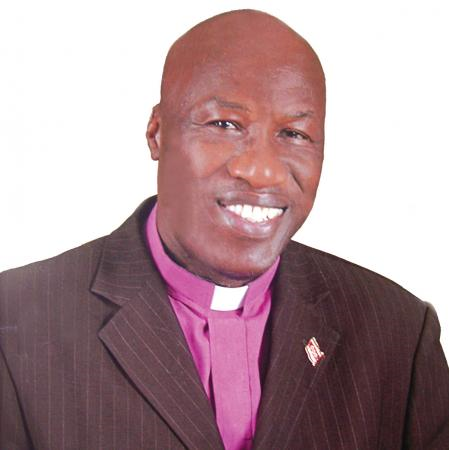 discount cialis times;”>The following is a statement by Fred Mitchell MP, the former Student Council President of St Augustine’s College in Nassau for the Class of 1970 of which the late Bishop Solomon Humes of the Church of God of Prophecy was a member.  Mr. Mitchell writes in connection with the leaks from the so called Panama Papers:

On Saturday 9th April, I promised Bishop Franklyn Ferguson of the Church of God of Prophecy that I would speak to this issue and I do so now on the singling out of the late Bishop Solomon Humes in the local and international press in connection with the Panama Papers leaks.

I left St Augustine’s College in 1970 as one of 120 people who graduated that year.  From that year, the members of the class, I  would say without exception, have gone on to excel in various fields throughout our country.  One became Chief Justice Sir Michael Barnett, others Permanent Secretaries Carl Smith, Teresa Butler and Creswell Sturrup, another a Judge of the Supreme Court Vera Watkins,  pilots at Bahamasair Michael Weech and Augustine  Roberts,  a top hotelier Robert Sands, others well known accountants and bankers. Recently one of our class Fr. Mark Fox was recently appointed an Archdeacon in the Anglican Church.  None of them that I know of has had any trouble with the law.  Amongst those who excelled was the late Bishop Solomon Humes.

My recollection is that as an employee of Roywest, then Coutts and Co (which ultimately became S G Hambros),where he was employed, this was not in any private capacity. Bishop Humes, like many senior employees of these offshore banks served as directors of companies that were clients of the banks for which they were employed. They were not clients of  Bishop Humes. Their activity was overseen by the banks themselves. These banks are major international banks and Roywest was partially owned by National Westminster Bank, a major British Bank.  Coutts and Co was at one point the Queen’s bankers.

Why was Bishop Humes, a man of African descent, alone singled out?

The financial services sector in this country is a legitimate business.  Indeed it is a legitimate business in Britain and in the United States.  Where the disagreements seem to come is that suddenly the developed countries have   decided to take on a moral conscience about the issue of  their citizens taking advantage of tax competition in a free and open market. Remember this is the era of free trade and open markets that they promoted and encouraged.  They also seem to have decided that there is some moral negative attached to ensuring that one’s money is held in privacy.

Fast forward then to the singling out in our local papers of Bishop Solomon Humes and attaching his name to an effort, the BBC says and repeated in the Nassau Guardian, to avoid paying taxes in the United Kingdom and  that of the estate of David Cameron’s father.  David Cameron is the Prime Minister of Britain, so it makes the story sensational.

From what the record shows, Bishop Solomon Humes did no more or less than any of the other financial services professionals in this country.  These  many financial service companies that Bahamians worked for were all from developed countries and were and remain perfectly legal.  There is nothing immoral about the work.  Their work was the legitimate exercise of the ability to ensure that your wealth is safe and diversified.  It also assists in one’s personal security.  This is a well regulated jurisdiction which ensures international best practices are  followed in the sector in The Bahamas.

In the end as the example of Mr. Cameron’s estate shows, the money invested in offshore centres mostly ends up going back to the developed countries in any event. Prime Minister Cameron reported that he sold the shares in the company and repatriated the money to Britain.

It is unfortunate that Bishop Solomon Humes’ name is unfairly mixed up in a British domestic dispute.

When I graduated from St Augustine’s way back in 1970 and the students there elected me as the School and Class President, the first election that I had won, I would never have foreseen this role.

I therefore seek to defend Bishop Solomon Humes deceased, my classmate and friend, who is unable to defend himself. It is not fair to single him out no matter how much it titillates, in the manner in which has been done, causing distress where none should be.  There should be pride in fact for a life well lived and a work well done.  He was one of number of Bahamians who formed the middle class by working within the financial services sector that developed countries now seem to want to destroy.  That is a great moral fault on the part of the developed nations.