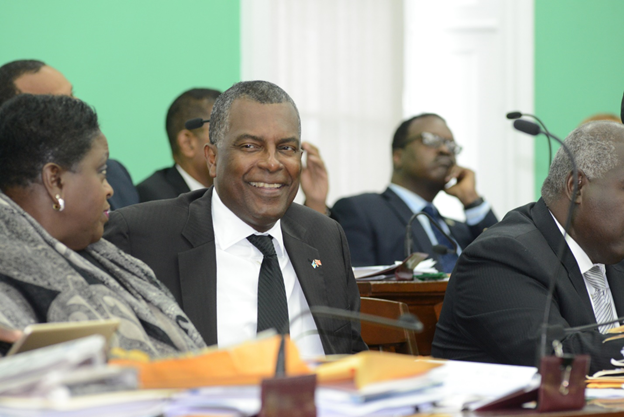 Here is what the Prime Minister said about Fred Mitchell as he named a new award called the Fred Mitchell Award for Statesmanship (photo by Peter Ramsay of the Bahamas Information Services):

Excellences, best viagra ladies and gentleman, I am sure I speak of Minister Mitchell, but it is truly a matter of pride to be in the midst of these distinguished honorees and call them my friend. But I decided to exercise my prerogative as prime minister. I have the responsibility of appointing diplomats and the privilege to be able to declare new initiatives. Even to dare to look at foreign affairs and decide that there is one award that’s missing.

As I sat here this evening, I made some notes because I happen to enjoy the privilege of watching Fred Mitchell travel the world on behalf of our country. I have seen in the region the appreciation and admiration of PMs and his contemporaries, foreign ministers, for his ability and talent which are gifts. I‘ve seen the confidence they have reposed in him, for inviting him to be a part of delegations in the region to investigate.

I have watched him as he and I and former PM PJ Patterson mandated by the region to move back and forth between Haiti and the region during the Aristide presidential experience. I have seen him in interaction with those persons who represent the United States of America, inclusive of Ms. Lisa Johnson and the level of integrity he brings to the process. I know his level of commitment to human rights. His own philosophic opinion for who are without and most disadvantaged of our country and by extension the region and the world. I am in deep admiration of the quality of his representation as a member of my cabinet and representative of the people of The Bahamas in all of our external affairs.

I told the director of his ministry, that I am going to not just advocate but use my own, preeminent position to declare another award. And the award will be in the name of Fred Mitchell who is at the end of his term. And I want this award to be well thought out, and by the end of this month, I would be in a position to receive the full recommendation of the Director and her ministry. But the award must embrace the fact that Fred has taken our country to new heights. New heights diplomatically. I want the award to be given to a person who not only innovates but thinks out of the box. Because I think what I find compellingly attractive about Fred, is that he does not see the Bahamas has a small country when it comes to his representation. He sees it as a country that can have a mighty impact. He thinks big as he should, he thinks large as he must. And therefore, he has this heavy influence with outcomes that are so positive to our country. And often times a Foreign Minister, in the exercise of his judgement, positions his government and his country in a way that if he is mistaken, and makes an error, it is very, very serious situation and can even be calamitous. Fred, I have so declared.

Excellences, please join me in a round of applause to those who we have honoured, and please include Minister, Frederick Audley Mitchell.