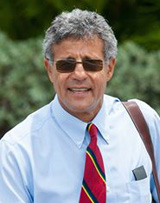 The quizzical and foolish Fred Smith Q C told his mouthpiece Adrian Gibson, the other day, as reported in The Tribune of Friday 8th April that he is thinking of running in Fox Hill in the next general election. Here is what he had to say in his own words:

Running for the PLP:

“I am seriously considering my options,” Mr. Smith said. “I am considering joining the PLP because they are so corrupt and they have become a party of thugs and political abusers.

“It may very well be that I come in as the hatchet man and sweep it clean and keep it clean. I’m exploring my options. Both the FNM and PLP in recent decades have abandoned respect for the rule of law and it seems like getting power and holding on to power at all costs is the only motif.

“I consider Fred Mitchell a very dangerous politician,” he said, “very clever, an intellectual gymnast, demagogue and capable of extraordinarily adept spin-mongering. Someone like Fred Mitchell has potential to become prime minister. There’s been fighting for leadership of the PLP, and people like Bradley Roberts are passé and will soon be evaporating from the political scene.

“Fred Mitchell is a person that has a long-term agenda, he has always wanted to be prime minister and it may be that to protect the Bahamas from Fred Mitchell I should join the PLP and seek the party’s nomination.”

Why He Won’t Run For The FNM

“The FNM has on a number of occasions rejected me most unceremoniously,” he said. “Just like the FNM stabbed Mr. Pintard in the back and made him a political scapegoat the FNM has not been kind to Fred Smith despite his offers to serve the country on many occasions.

“I have contributed over the decades to the FNM party many, many dollars to support them, worked diligently in managing the polls, helping to organise poll workers and working several election court cases for them.

“But the reality is that although they speak of having this big tent they are terrified of people who have capacity.”

“This is a free country and all it takes is to be of sound mind and have $400,” Mr. Mitchell told The Tribune. “I hope he qualifies. We will have a good reception waiting for him in Fox Hill.”