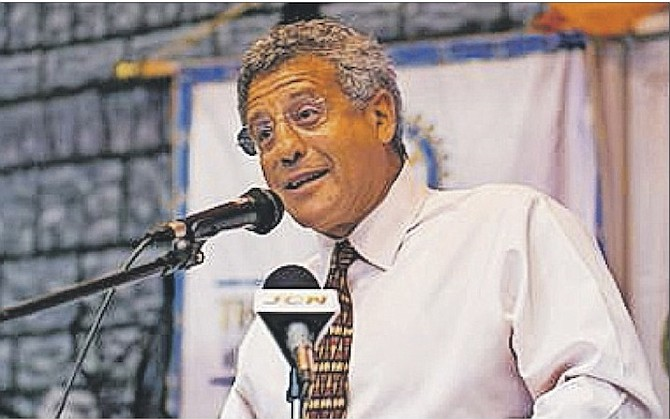 Rashad Rolle of The Tribune on 17 October said that Fred Smith, the wacky sounding Q C, called Dr. Hubert Minnis, the Prime Minister, a menace to the rule of law.  There was a lot more vitriol. The reason for Mr. Smith’s crazy stupid and over the top reaction: Dr. Minnis turned on his multimillion dollar benefactor and indicated that the Government intends to deport en masse illegal migrants after the 31 December.  Mr. Smith wants the borders open to everyone.  He contributed millions of dollars to the FNM in the hopes that he could buy their support in this nonsense. While Dr. Minnis’ policy is a bit silly and ill thought out, it marks a beginning and an acknowledgement that once again the PLP had it right.   Here is what Mr. Smith had to say in his own words:

“PRIME Minister Dr Hubert Minnis is a menace to the rule of law.

“I wish that I could be expending my energies in constructive, positive, uplifting ways instead of having to fight the evil of a government yet again for another five years.

“I wish that I could be expending my energies in constructive, positive, uplifting ways instead of having to fight the evil of a government yet again for another five years.

“I am sickened by this approach. It is a human rights disgrace.”

Rights Bahamas is appalled by reports that Immigration and Defence Force officers are continuing the unlawful practice of stopping civilians in the street and demanding proof of their right to be in the country.

Such oppressive tactics were closely associated with the dangerous immigration policy put in place by former minister Fred Mitchell. RB is deeply disappointed to learn that so far, they have been continued under this new FNM administration.

To be clear, there is nothing in the Immigration Act which allows Immigration or Defence Force officers to stop people in the street, grill them concerning their status, or insist that they produce documentation.

In fact, this is a blatant violation of the right to freedom of movement enshrined in the Bahamas Constitution and is therefore illegal.

Further, the practice of accosting people and demanding papers is most closely associated with repressive regimes which use fear as a tactic to control civilian populations and terrorize minorities in particular. Targeting people based on how they look or dress is discrimination.

Such behaviour has no place in a democracy based on equal rights and the rule of law.

Rights Bahamas calls on Minister of Immigration Brent Symonette to immediately bring an end to this deplorable practice and make it clear to his officers that they must at all time act within the confines of the law.

You may click here for the full wacky statement: