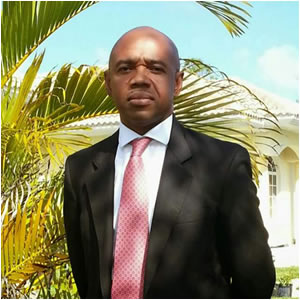 It is said that self-preservation is nature’s first law.  On Monday, recipe June 29th, seek 2015, without warning came the news that Baha Mar, the 3.4 billion dollar resort development had filed for Chapter 11 bankruptcy protection in the state of Delaware, U.S.A., and the English high court.  In tourism and gaming business trust is everything.

To some it was a surprise, to other Bahamians, it was the continuation of arrogance and insulting behavior displayed earlier this year by Baha Mar’s CEO and Principal, Sarkis Izmirilian.  You would recall earlier in April that Izmirilian at a Chamber of Commerce conference attacked his general contractor and the Government of the Bahamas.  At the time, it was not clear what the outburst was all about.  It now becomes clear that this was part of an exit strategy of the developer.

The bible describes in the book of Luke, chapter 14 vs. 28, poses the question, “what man sets out to build a tower without sitting down and counting the cost, and see if he has sufficient to finish it so he is not mocked.”  In trying to do a project of that size clearly was not practical or workable.

Brent Symonette, the former Deputy Prime Minister in the Ingraham administration summed it up this way.  You just don’t wake up one morning and make filings in the United States and England, and it would be an incredible thing and a mark of great disrespect and not give the Prime Minister a heads up on what was about to take place.  In Bahamian terms, Izmirilian was saying to the Bahamian people game come; in other words, every man for himself.

The government of the Bahamas had at its disposal only one option that of an adversary to protect to the fullest extent of the law the interest of the Bahamas; and by extension, the reputation of our country.

The goodwill, trust, dignity and respect, and spirit of cooperation were all cast aside by Baha Mar.  These are the foundation and cornerstone principles that are the requirements for an investor if he is to be successful.  These are the same principles that other properties used who are successful.  When problems arise they are handled at the highest level without fanfare outside the public view.  From the beginning of tourism in the modern Bahamas commencing with Sir Stafford Sands down through the years to now the Christie government this has been the foundation that we stand on.  We work out our difficulties quietly.  This approach has made us leaders in the tourism industry.

In his filing for Chapter 11 bankruptcy Izmirillian pulled a trap door on the viability of the project under his leadership and has done serious damage to his company’s brand that had been built and developed.  Put in Bahamian’s perspective, he was saying game come, and every man for himself.

Game come means for the twenty-five hundred plus employees that if you have not been given your pink slip yet, you are on a thirty-day, sixty-day, or ninety-day treadmill; thereafter, you are out of work: these are the unvarnished facts.  The tragedy of this whole experience among these twenty-five hundred plus employees are the best and the brightest, the cream of the crop in the tourism industry.

Game come for the staff of the Melia hotel means that you should immediately demand your 15% gratuity that was wickedly being held in a supposed escrow account.  If not, on Tuesday morning show up in the Supreme Court with the best Lawyers money can buy.

Game come for the tenants who would have rented space at the resort your investment is on hold indefinitely.  Make no mistake all the shops in the West Bay Street area will feel the effects of this Chapter 11 filing.

Game come should mean for Mrs. Loretta Butler-Turner to consider who you are and for the time being, you are no longer and FNM ambitious politician trying to upstage your leader at every opportunity; but instead, the granddaughter of that great patriot of the quiet revolution, Sir Milo Butler and a patriotic Bahamian first standing side by side with your political arch rival, Perry Christie and the government of the Bahamas against this assault of our national interest.

The government of the Bahamas has thus far been polite in its dealings with Izmirilian who clearly has seen this as a sign of weakness.  He must now be made to understand being polite is not weakness.

Finally, we have an example in Freeport of what happens when investors say game come.  We have an example of the Driftwood properties in the heart of the city abandoned by a rogue investor.  This should never be allowed to happen in our country again.  As for the Chinese Import Export Bank, we need not look out for their interest; we only need to sit, watch, learn, and listen for their experience is great and vast in these matters. 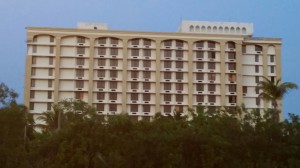 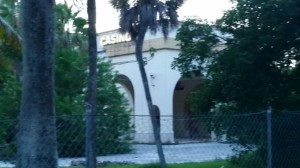 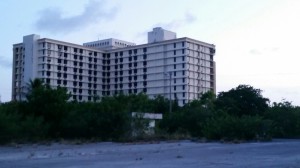