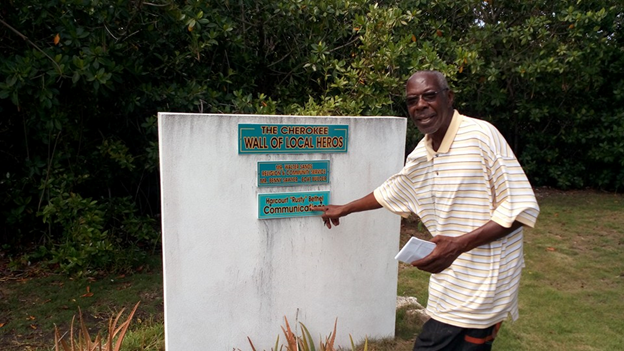 The following was posted on the Facebook page of Gladstone Thurston, who is a former Tribune writer and former employee of the Bahamas Information Services.  He is bitterly anti PLP but the letter gives a perspective on where the FNM is right now:

SETTING LONG ISLANDERS UP FOR THE SWING

Every time I observe the PLP melting down right before our eyes, my opposition to the re-election of the FNM’s Mrs Loretta Butler-Turner as the Member of Parliament for Long Island, where I reside, grows.

At a time when the PLP is at its most vulnerable, Mrs Butler-Turner and her disparate group of FNM MPs continue to perpetrated most heinous attacks on the leadership of the FNM, motivated by her petty, political ambitions.

The result is to throw the FNM into utter confusion at a time when even PLPs are convinced that the PLP may not be returned as the governing party.

Bahamians, tired of the corrupt PLP, were ready to give the FNM the next government of the Bahamas on a silver platter when in stepped the power-hungry Mrs Butler-Turner.

It is beyond me how FNM leader Dr Hubert Minnis and the Candidates Committee could have allowed her re-nomination when she was key in wallowing his credibility in the dust and shattering the Bahamian people’s confidence in the FNM.

Her performance on behalf of advancing the cause of Long Island has been nothing short of appallingly unacceptable.

And really, neither do I see any reason to support the FNM this time around, unless there is a miracle in the making, since they are so confused and in such disarray, that the interest of Long Island will lost in the political wrangling which will inevitably follow.

I use to support the FNM also but not this time if it means voting for the candidacy of Mrs Butler-Turner.

And, events over the past week have indicated that she will not be, unless another coup against the beleaguered FNM leadership is in the making.

Lawyer Adrian Gibson, a Long Islander with roots in the north and south, is being debated as a possible people’s candidate.

The PLP has given no indication yet whether it intends to contest Long Island.

This week Mrs Butler-Turner once again unnerved the party by seeking to overthrow the democratically-elected leadership of the FNM.

Unhappy that the FNM’s Convention, its highest authority, through the democratic process had rejected her bid to be leader, Mrs Butler-Turner and her group petitioned the Governor General and Speaker of the Parliament and had Dr Minnis deposed as the official Leader of the Opposition in Parliament. He remains leader of the FNM.

She had herself named Leader of the Opposition and, in accordance with her divisive nature the move plunged the FNM even deeper into the depths of political despair.

Former Deputy Prime Minister and Long Islander Frank Watson told The Tribune that in the past he and others persuaded Mrs Butler-Turner and her cohorts to abandon such a move.

Obviously, this utterly selfish manoeuvre had no support among the rank and file of the FNM.

“It’s a difficult position to put the party in because the solution for the way forward is not clear,” said Mr Watson.

South Long Islanders, in particular, must be grieving no end to see their beloved FNM being made the subject of political intrigue and treachery and backstabbing among its leaders being led by their very own MP.

“It’s really selfish, petty, and shows no regard for the FNM supporters or the country,” said Wells.

He pointed to “ulterior motives. There are other people who knew what was going on and were organizing this.

“Those people are pulling the strings and are just sitting back while the seven are being manipulated.”

She has, in effect, committed “political suicide,” he said.

In a Tribune article ‘Readers respond to shock moves in the FNM party’, a person going by Joe Doe responded with:

“This is so much bigger than LBT. The FNM is in the midst of an all-out civil war which is not being led by LBT nor any of these seven pawns.”

According to a news item, former FNM Deputy Prime Minister and Minister of Tourism Brent Symonette has stated publicly that Dr Minnis made a mistake to call the emergency meeting of the FNM on Wednesday evening.

At the emergency meeting, the resignations of Mrs Butler-Turner and her group were requested. Failing that then disciplinary action will be brought against them. The penalties range from a fine, suspension and expulsion.

Could it be that Symonette, a Bahamian oligarch, and his special interests are the ones pulling the strings behind the scene, using Mrs Butter-Turner et al as pawns in an attempt to hijack the FNM and buy a government of the Bahamas?

This is not the first time the moneyed Symonette has threatened Dr Minnis and the FNM in an attempt to have his own way, regardless of the result of the democratic process.

When the FNM Convention turned down Mrs Butler-Turner’s leadership bid, Symonette demanded that she be nominated again as the FNM candidate for what was seen then as a safe Long Island seat, or he would withdraw campaign funding from the FNM.

Long Islanders, we are not for sale! Long Islanders constitute the backbone of the Bahamian economy. Long Islanders own and/or operate the most successful businesses in all the Bahamas. We have pride and we are independent.

Following Hurricane Joaquin last year, Long Islanders in the diaspora came to the immediate assistance of Long Islanders at home, although Mrs Butler-Turner seeks to claim credit for the operation.

By the time the government kicked in Long Islanders at home were being comfortably taken care of.

We do not need to be anyone’s pawns or puppets in the furtherance of their political agendas and ambitions.

We do not need Mrs Butler-Turner! We do not even need the FNM! What we need to do is, with one accord, take positive and concrete steps towards making Long Island great again, and elect a political representative for whom that is the sole priority of his/her parliamentary tenure.

As the situation is still very fluid, Long Islanders, I urge you in the words of the Christian writer Paul: “Be sober; be vigilant; for, the devil (those who want to use us for their own petty political purposes) are already among us seeking to rob us of our integrity.

Beware, Long Islanders! They are setting us up for the swing!
Stay tuned for part 2.