GLEYNYS ASKS: WHAT HAPPENED TO THE COMMISSIONER? 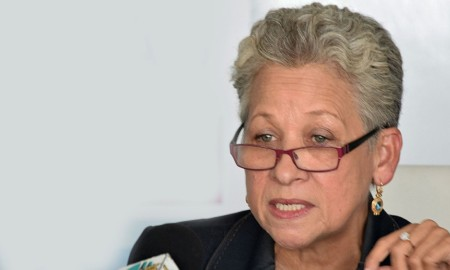 We are very concerned in the Official Opposition about the uncertainty which is surrounding the Office of the Commissioner of Police and his status. Our system of Government provides for the Constitutional protection of that Office in Articles 119 and 120 which mandates the procedures for both the appointment and the removal of the Commissioner of Police. This is based upon a fundamental tenet that the Officer in Command of this law enforcement agency is able to execute his duties in an objective fashion, immune from political manipulation. It is an enshrined feature of our democratic system for the protection of the rights of our citizens.

Despite being queried on multiple occasions on this matter the Minister of National Security has yet to give some satisfactory explanation on this disturbing state of affairs. Our concerns were exacerbated yesterday having heard the Minister’s communication to Parliament and his frequent references to the Acting Commissioner. We are calling upon The Government to immediately provide an explanation to the Bahamian people on the standing of the Commissioner of the Royal Bahamas Police Force. The government must account for what may now be perceived as an interference with the underlying protections established in our Constitution which is intolerable.

We also admonish the government to be careful that in their action or inaction they do not cast negative aspersions upon the reputation of Commissioner Ellison Greenslade who by all accounts has come up through the ranks of the Force and has served the Force and his country with distinction and commendation.