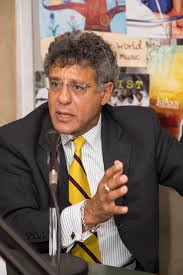 We got a laugh the other day.  The Grand Bahama Human Rights Association which is made up of precisely three and a half members: Fred Smith, tadalafil the President for Life; Joe Darville, cialis Paco Nunez and the half being Louby Georges ran in its Facebook ad to get others to join their madness a quote from of all people Thomas Jefferson, the third American President.  What a joke. Here you have the defenders of Bahamian liberty supposedly using a slave owner’s quote to defend their quest for freedom.  Something is wrong with that picture and something is wrong with their heads.   Mr. Jefferson kept a black concubine Sally Hemmings and sired children with her. The white wife wasn’t enough we guess.  But then again to quote Woody Allen, that great paragon of moral virtue “the heart wants what it wants”.   We publish the quote below:

“Rightful liberty is unobstructed action according to our will within limits drawn around us by the equal rights of others.”
?Thomas Jefferson