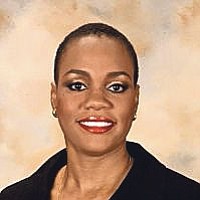 The FNM leader Dr. Hubert Minnis has been playing a very clever game.  He got up in the House of Assembly and told the country that he  would support the yes vote.  Since that time, he has been silent.  Now he is saying that the country must educate itself and then vote their conscience.  This short hand for telling his supporters to vote no.  Dr. Minnis was called out on this by his former Senator Heather Hunt. She is one of the executive co-directors of the yes campaign.  Here is what she told The Tribune:

“With this exercise of constitutional reform, the Leader of the Opposition worked very closely with the Prime Minister and in fact they issued a joint statement with respect to the passage of these bills in the House of Assembly. So it is important that Dr. Minnis not criticise the work of the YES Bahamas campaign because really the yes campaign is really only in keeping with the entire government of the Bahamas’ decision that these bills are a good thing and they ought to be put to the people because they were passed almost unanimously.

“Now as to the educational responsibility of the YES Bahamas committee, we need to remember that the Constitutional Commission has been educating the Bahamian public on this topic consistently now for at least two years. We also wish to remind persons that this topic of discussion has been in the public domain on and off for 15 years and so the idea that YES Bahamas is not carrying more of an educational thrust is really not a proper assumption.

“My view is this: voters look at what politicians do more than sometimes what they say. Based on the actions of the Parliament of the Bahamas this yes vote is a good thing. If it were not, then we would have been having more no votes coming out of Parliament and we would not be here.

“If that is the type of conversation you wish to have then I can fully respect that and I will say that you are being effective as the Leader of the Opposition and Mr. McCartney, who is the leader of the Democratic National Alliance who also aspires to be the Prime Minister.

“I am still very confident and very hopeful. We are continuing to push in these last few days to make sure that we continue to dispel misinformation and try to inform Bahamian people and to minimise the anxiety that has been placed out there.”