HILARY SHOULD GET A FULL PARDON 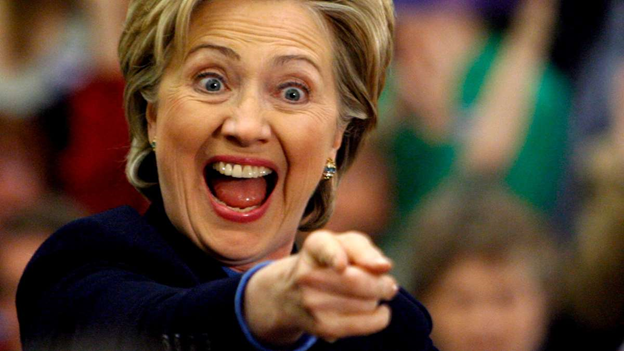 Hilary Clinton, the lady who should have been president, and the losing candidate in the recent American elections made her first appearance since losing the election last week.  She looked like hell.  At least that’s how her detractors saw it.  She appeared in public without makeup and without the carefully coiffed look that she displayed throughout the campaign.  If she had been a man, no one would have cared about it since after a traumatic defeat of that kind, you would be feeling sad, lost and alone and pretty beat up.

Mrs. Clinton said that it was tough being there but she came to tell the people who supported her that we all need to carry on.  Life begins the next day. The sun has come out like it usually does.   She was attending a fund raiser for the Children’s Defence Fund and her friend Marian Wright Edelman who was a great supporter of Mrs. Clinton during the presidency of her husband Bill Clinton.

Mrs. Clinton ran a good campaign.  She just didn’t win.  That makes all the difference of course.  It’s the system.  It was rigged against her it turns out.  We say that not in a serious way but it reflects the misogyny that was at work throughout the whole campaign.  It will make it harder for her as she watches a sub intellectual idiot bumble his way through a job which should have been hers and if the majority of the US electorate had its way would have been hers.

She made a good point.  We all have losses and we all have to go on.

There is a school of thought that we ought to give the winner Donald Trump a break. How much of a break does one need to allow for racism and misogyny, to take root?  His transition team is shambolic.  He is reportedly considering an aggregation of racists, anti-woman, anti- abortion, anti-gays to run key areas of his administration.  He intends to wage war on immigrants.  The question really is wait for what?

Given those facts on the ground then, we believe that President Barak Obama should follow the advice of the Reverend Jesse Jackson and issue a full pardon for Mrs. Clinton for all possible crimes that she may have possibly committed as Secretary of State and as a public official.  Do not take a chance with a man who said that he would put his opponent in jail.   We do not believe that she committed any crime.  We don’t believe that Mr. Trump believes for one minute that she did.  The problem is that he and his cronies like the vicious and unscrupulous Rudy Giuliani of New York will simply go after her for going’s sake.  That should be stopped in its tracks.

The precedent is there.  President Gerald Forde notoriously pardoned his predecessor Richard Nixon for all any possible crimes and misdemeanours he may have committed during the Watergate era in the interest of justice.  We think that a similar thing should be done here.

A word of further advice to Mrs. Clinton. The late E Clemet Bethel writing in his song “When The Road Seems Rough” said “tomorrow’s another day.” Indeed it is.