Hubert Chipman Explains Why He Is Stepping Down From The House 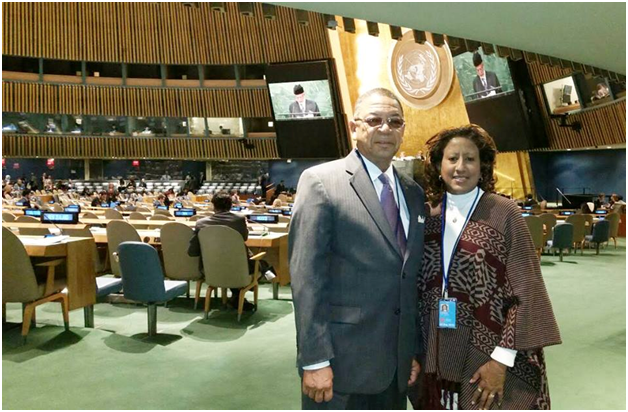 The statement below was issued by the MP for St Anne’s (FNM) Hubert Chipman who has decided he will not offer again for the House for the St Anne’s seat under the FNM.  It is an interesting and heartfelt piece.  What it shows is that in the end it does not matter whether you do a good job or not, cialis buy it is simply whether the party decides they want you or not.  This is a shame but the price we pay for party politics.

I advise that I will not seek nor will I accept a nomination as the Free National Movement candidate for St. Anne’s or any other constituency in the forthcoming General Elections.

I have so advised the Leader of the FNM, sildenafil Dr. Hubert Minnis and the Chairman of our Party, Mr. Sidney Collie. I took this action following
consultation with the members of the Constituency Association of St. Anne’s.

I began my involvement with the Free National Movement nearly 45 years ago.

I joined the party in 1972 as a 19-year- old because I was concerned about the cult of personality and one-man rule the country was headed in under the PLP.

I have worked for the FNM in every election since 1972 working with candidates such as Basil Nichols, Anthony “Boozy” Rolle, Frank
Watson and Dr. Jacinta Higgs, to name a few.

I was inspired by leaders like Sir Cecil Wallace Whitfield, Sir Arthur Foulkes and other Freedom Fighters, who dedicated their lives to
building the FNM and to fighting for freedom and democracy.

My involvement included working with the party to ensure and entrench a two-party democracy in our country and the eventual election of the FNM in 1992.

During our time in office under the leadership of the Rt. Hon. Hubert Ingraham I was privileged to serve on various boards.

I have served on the party’s Executive Committee for a decade.

I am proud of the great success of the FNM in reforming and modernizing the Bahamas.

I was pleased to be nominated by the FNM as the candidate for the St. Anne’s constituency, which I have been proud to serve in the House of Assembly for the past almost five years.

Along with my Constituency Association we have a record of accomplishments. Allow me to name a few.

I maintained a constituency office from February 2012 to date and was available to meet with constituents at any time. In particular, regular office hours were held from 4 to 7 pm every Thursday.

Because of the good work we did together, the Constituency Association expressed their confidence in me by writing to FNM Leader, Dr. Hubert Minnis and the Candidates Committee on September 5, 2015. The letter was signed by all of the executives of the Association.

That was over a year ago. The Association’s letter was never acknowledged.

My candidacy was discussed at length. We were assured that I would be re-nominated.

The Association again wrote to the Leader on September 21, 2016 referring to its earlier letter and our meeting. To date we have heard nothing, which I consider a tremendous sign of disrespect toward the Association.

I have taken note of various commentaries in the media concerning my re-nomination and in particular to the Leader’s refusal to confirm
whether I would be re-nominated for the forthcoming General Election.

I initially voted for and supported Dr. Minnis as Leader of the FNM.

Over time I had differences with my party’s Leader and the direction he was moving the Party.

Political parties committed to democracy typically have such debates and disagreements. But under the current leadership of the FNM such disagreements are far too often met with resentment.

I remained loyal to the party and continued to work to improve the FNM for the benefit of the Bahamian people.

But sadly, the FNM that I have supported all of my life has become an organization that I barely recognize. It was my privilege to serve St. Anne’s and the Bahamian people in the House of Assembly.

Sadly, the work I did as Chairman of the Public Accounts Committee was constantly obstructed by the government, which is the most non-transparent and unaccountable government in the modern Bahamas. Unlike under the FNM and former Prime Minister Ingraham, the Christie government has consistently refused to provide certain information to the Committee.

I must also acknowledge that I did not have the full cooperation of my Leader as Leader of the Opposition in pushing the government harder on a number of key issues, including the work of the Public Accounts Committee.

It is clear that under the leadership of Dr. Minnis my contribution to the FNM as a Member of Parliament is no longer desired, required or wanted.

Accordingly, I am withdrawing from consideration as a candidate for the St. Anne’s constituency. I pledge my continued support of the FNM and will serve faithfully in the House until the end of my term.

Through my church and in other civic organizations, and through public service and political life, I have sought to serve our country, which I love with all of my heart and soul.

At this time, I can best serve the FNM and the country in other capacities. The Bahamas has so much potential. But under the PLP we have squandered much of this potential. We are headed in the wrong direction.

I wish the FNM and its candidates well in the upcoming election.

I close by thanking the good people of St. Anne’s, and my Constituency Association and executives, who are an amazing, caring and dedicated team of people.

I am proud to have served with many fine men and women in the FNM and within our parliamentary caucus.

I end by thanking with a full heart my mother, my daughters and my dear wife, who are my bedrock and who have offered me overwhelming support and love. To them I owe so very much.

In my remaining time in Parliament I will continue to seek to hold the government accountable, to speak on a variety of issues, and to be the voice of the wonderful people of St. Anne’s.