IS RODNEY MONCUR WHO WE REALLY ARE? 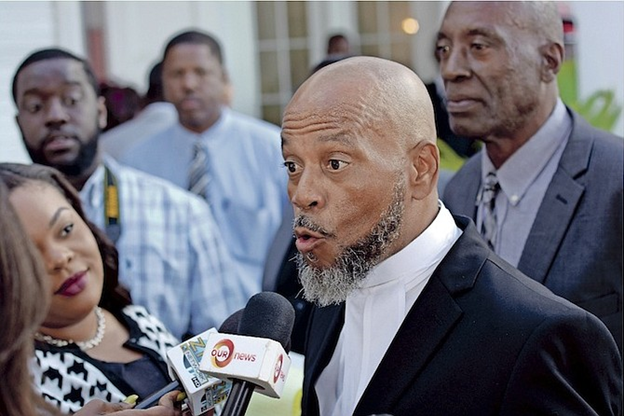 Are we a nation of idiots, fools and dupes?  You have to ask that question as you watch this foolish drama, soap opera unfolding, led by Loretta Butler Turner, the new Leader of the Opposition, and her stalwart six Members of Parliament.  The appointment of Branville McCartney for 30 pieces of political silver, translate the Senate seat, was bad enough.  That was topped off by appointing Rodney Moncur to the Senate, which debases the institution like no other. This man has one idiotic idea after another, a pathological clown and Loretta Butler Turner elevates a sick misogynist with archaic ideas about life into a hero of her piece.  This is surely a world gone mad.

Here is the old deal which now seems to have been upended by a dim wit elected to the White House and Loretta Butler Turner turning a generation of preaching meritocracy into a circus.  The deal was you went to school, you behaved in school, you did your homework, you passed your exams, you were not late or absent, you tried to come first in class.  The idea was those who came in the upper echelons ended up running our country and all countries. It turns out now it does not work that way.  People flout the rules, do whatever they wish to the traditions and the history and the society, abuse their offices and positions, trash talk other people and that turns out to be the way you succeed.

Last year for example in our country, some preachers told gross lies, buttressed by some mumbo jumbo from a few dishonest politicians and the end result was women’s equality was dismissed by the electorate.   With women in The Bahamas voting against it, just as 53 per cent of the white women in the United States voted for a fellow to be President who said he’d grab their pussy, married or not.

So here we are, the Senate which is quite a sleepy chamber usually and people think of little importance in the power equation, and all eyes are turned there because a national clown has been appointed there and appointed there by a woman who fought for the marital rape bill.  A man who repeated what he said in marital rape again on the day he was sworn in as a Senator by saying when he is ready to get on top his wife, she had better.

This is disgusting.  Loretta Butler Turner should hang her head in shame that the lunatics are running the asylum.  Those who argue that Senator Rodney Moncur, now with the title honourable won’t get far should look north to Donald Trump and his success. It does not bode well.

The problem you have in such a society is you ask yourself whether you are the sane one.  Believe us, those of us who think this appointment is silly, what Loretta Butler Turner has done is awful  and we are on the right side of life and of history and of politics.  The appointment is stupid and should be revoked.

But to the sane ones left: hold your nose and swallow hard.  This is who we are.  People are trying to pretty up an idiot savant who has somehow maneuvered through the system to become a senator and govern us all.  Lord help us all.