JAMES SMITH: NOT SO FAST ON FINANCIAL SERVICES BILLS 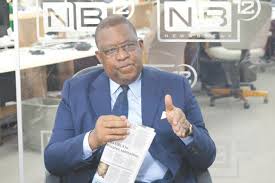 James Smith, the former Central Bank Governor and Minister State for Finance decried the speed with which The Bahamas is moving  to establish a beneficial share registry and other financial services sector reforms.  He thinks that we are getting little in return for doing the work of others.  We agree. There must be push back.  Here is what he said in his own words as reported by Neil Hartnell in The Tribune 27 April:

“We seem to be moving so fast in implementing the suggestions of the Organisation for Economic Co-Operation and Development (OECD) and other bodies without, in my view, a thorough, comprehensive review of where we are and where we want to go.

“It seems to me to be going too far, and we’re taking whatever they give us. If you’re doing a beneficial ownership registry, you’re taking away the last refuge of confidentiality. You’re putting in place a structure that demands encryption, and can’t be easily penetrated.

“We’ve been in this position before, when we responded too swiftly and lost so much, and have learnt nothing from that.

“I don’t know why we need to bend over to accommodate these guys. We need to retain some features that differentiate us form others. They’re not even looking at the end result of this. Our business is going right back to the developed countries, while our revenue is going down and costs are going up.

“I still think there’s really a need for a more in-depth analysis of where we are and where we wish to go, and not merely responding piecemeal. We’ll have a very robust oversight system but nothing to look after.

“We’re kind of sitting back and being led to the slaughter. I don’t think they’ve [the Government] taken into account the cost of this thing.

“We’re in a hurricane zone, have a deficit, and we have to invest in building this facility not to satisfy our own needs but the needs of a third country to what end? We won’t be using it.”