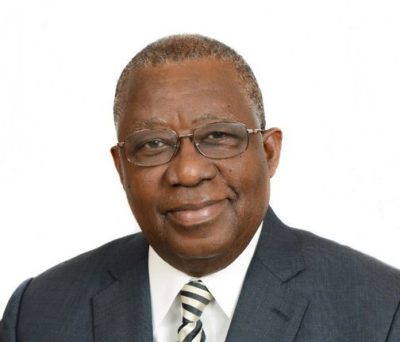 We agree with James Smith and the PLP should not support the government in passing these measures in the Parliament. The story is excerpted from The Tribune 7 December 2018:

The Bahamas will score a “false victory” if it avoids Europe’s latest “blacklist”, a former finance minister argued yesterday, as it represents another step in the “slow death” of financial services.

James Smith, pictured, also an ex-Central Bank governor, told Tribune Business that The Bahamas continues to “give away” its second-largest industry without offering any resistance and “getting nothing in return” from either the European Union (EU) or Organisation for Economic Co-Operation and Development (OECD).

While the Government continued to “pat itself on the back” for complying with these groups’ anti-tax evasion demands, Mr Smith argued that The Bahamas will ultimately “have no business because year after year we will be shrinking” due to the new regulatory regime forced upon it.

He added that the OECD was advancing rapidly towards its goal of “obliterating” The Bahamas and other international financial centres (IFCs) and forcing the financial services business they once attracted back onshore to its member states, by “stripping” these nations of their former competitive advantages.

While acknowledging the need for The Bahamas to comply with international best practices and regulatory standards, Mr Smith said this nation needed to at some point “draw the line” given that compliance was effectively destabilising the country’s second-largest industry and source of high-paying middle-class jobs.

“It has to be looked at in the context of the OECD’s initiative to strip offshore centres of their competitive advantages in attracting clients and funds from other nations,” Mr Smith told Tribune Business of the package of Bills passed by the House of Assembly on Wednesday.

“There’s been no push back by The Bahamas or any of them [IFCs]. We can implement international standards, information exchange and tax transparency, but at the same time – if it goes to the point in our context of undermining 15-20 percent of our GDP – one must ask: At what point do you draw the line?

“It’s impacting a sector that provides a good standard of living, with a number of people employed at a high and mid-management level, and you’re getting nothing in return.”

Mr Smith’s concerns highlight the different views held in government and the financial services industry over how The Bahamas should respond to initiatives from the OECD, EU, G-20 and other international bodies.

Many, like the now-CFAL chairman, argue that The Bahamas should form a united front with other IFCs and Caribbean nations to tenaciously defend their sovereignty and constitutions, not to mention their financial services industries and economies, from external pressures led by the world’s most powerful nations.