John Bostwick Not Sentenced Yet 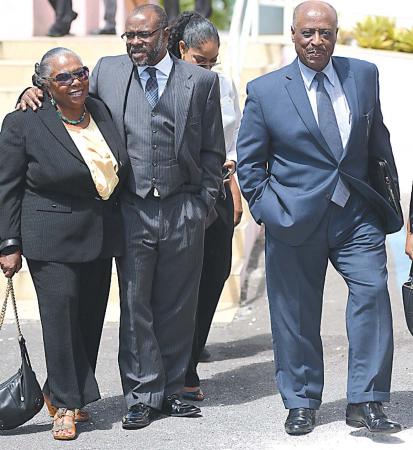 tadalafil sick times;”>Former Senator John Bostwick has not yet been sentenced for the guilty verdict that was pronounced on his having bullets without authority in his luggage.  The Magistrate agreed to an adjournment on Friday 23 January.  They had quite an assemblage there for the sentencing including Sir Arthur Foulkes, unhealthy former Governor General and the Anglican Bishop Laish Boyd.  The matter is adjourned to Tuesday  26 January and it looks like he has a new lawyer too, the ex- minister Damien Gomez Q C