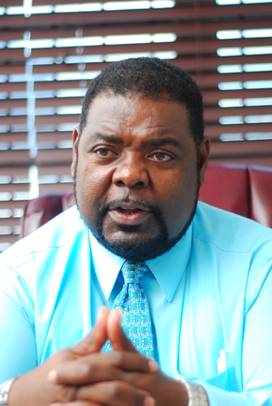 At least one Union Boss in the country is rejecting the announcement of Cable Bahamas’ granting of a mobile cellular licence and has expressed outraged by the government’s decision.

Bahamas Public Service Union President John Pinder in an exclusive with Bahamas Press expressed his disappointment with the government considering Cable Bahamas’ mobile licence when clear breeches have been made against workers who today have been denied formal union representation in the country.

“I cry shame of this Christie Government for the decision to grant Cable Bahamas a licence to expand its services when they have clearly failed to allow the voices of workers to be heard or represented at that communications company.

“I am equally concerned with some of my colleagues in the Trade Union Movement, who have remained silent on this issue with workers at Cable Bahamas. Based on the constitution of the Bahamas the workers at the cable company has a right to be heard! Those workers who attempted to formed themselves into a union had begun every process including paying dues in which the Cable company has ignored. Today those workers at Cable Bahamas has not been recognized.”

Sharing his view that it were those same workers at Cable Bahamas who made the company Mr. Pinder said, “We must fine these companies who fail to follow the laws of the Bahamas when it comes to complying with organized labour. ILO, which we are a part of speaks to these issues.

“To advance Cable Bahamas a mobile licence speaks to the uncaring nature of this Government when it comes to the rights of workers and its decision is a clear disrespect to Unions.

“I want to go on record and lend my voice of disapproval by the Government’s decision to granted a licence to the Cable Company while workers at the company cannot have their voices heard! What is it that every other major company like BTC has to comply with organized labour relationships but Cable Bahamas has some privileges to crush the rights of the small man?”

Moreover the Government of the Bahamas through the National Insurance Board holds the largest share block in CBL, and despite this, the small man continues to be crushed at the company.