LABOUR FORCE HAS A RISE IN UNEMPLOYMENT 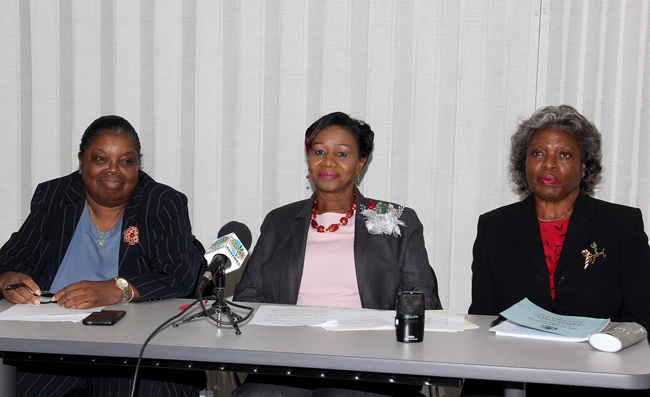 The Department of Statistics releases the results of its Labour Force and Household Income Survey which was conducted in November of this year. The survey provides information on the labour force as it existed during the reference period of October 26 – November 1, 2015.

The results of the survey which covered a six months period indicate that there was moderate (1.6%) growth in the labour force, since the last survey conducted in May 2015. The labour force now totals 212,195 persons.

The data further show that there was a decrease in the number of employed persons and an increase in the number of unemployed persons resulting in an increase of 2.8 percentage points in the unemployment rate, which now stands at 14.8% for the country. Both New Providence and Grand Bahama experienced increases in their unemployment rates. In the case of New Providence, the rate rose from 12.0% in May 2015 to 15.9% in November; Grand Bahama from 12.9% to14.2%. However, in Abaco, the rate of unemployment fell from 12.0% in May 2015 to 9.7% in November 2015.

The unemployment among youths (15-24 years) in the country continued to be considerably higher than any other age group. The overall rate is 30%, which is higher than the rate recorded in May 2015.

Discouraged workers in the country declined by 30% over the six month period. New Providence and Grand Bahama experienced a decline in the number of discouraged workers 40% in the former and 3% in the latter. A decline in the number of Discouraged Workers were also noted in Abaco (7%).These persons, according to the standard definition of the International Labour Organization (ILO), adhered to by The Bahamas and most countries including those of the Caribbean, United States and Canada, are not considered unemployed as they did not meet the three criteria of unemployment namely i) seeking work, ii) willing to work, and iii) able to work.

The Department of Statistics is now located in The Bellagio Plaza, Madeira Street, telephone number 604-4000