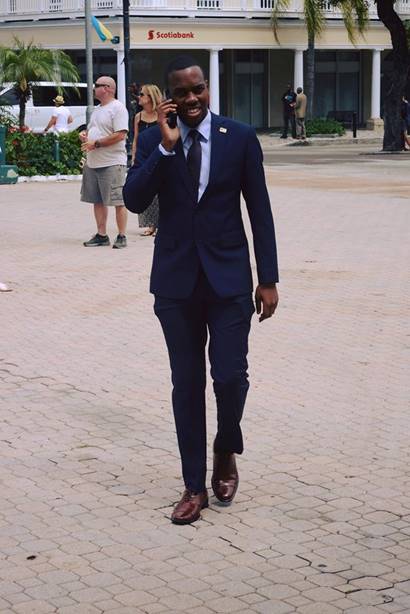 buy viagra times;”>(This article first appeared in the Nassau Guardian on 17 May)

There is a growing and disturbing trend of anti-intellectualism and anti-rationalism with an increasing trend of ignorance and deliberate gullibility in The Bahamas. We’ve sustained this ignorance encouraging people to be more cynical. We’ve used the ignorance of Bahamians to our political advantage in the pursuit of power even to the detriment of the national product. Our social and political apparatus is guided in the text of “dumbed down” so that average Bahamian can understand neglecting the need for forward thinking as to how we get them to a renowned approach so that they understand the issues from a position of sound logic and not educated ignorance. We don’t educate Bahamians anymore. We train them to get jobs.

In the contemporary Bahamas, we have to see the value of education as an essential foundation for sustaining a thriving democracy and Commonwealth. We are creating a Bahamas of dummies. Angry dummies who have this deeply rooted sense of entitlement that they have the right, the ground authority, and the obligation not only to make statements on everything but to make sure their voice is heard above the rest. Dragging down any opposing views through personal attacks, loud repetition, and confrontation, and pure disrespect with an entire disregard for truth or facts.

Bahamians accept without questioning, believe without weighing the choices, join the pack because it’s the modern or convenient thing to do. Thinking takes too much time. The Gender equality bills will no doubt lead to a  deeper discussion of several important and recurring issues in challenging the Bahamian culture and  psyche particularly xenophobia and bigotry—but these essential dialogues are unlikely to make inroads  until the nation undertakes a serious self-examination

Educated ignorance is our downfall, and the evidence is all around us.

The implementation and execution of public policy will continue to face difficulties simply because it isn’t possible without an informed, engaged, and rationally thinking Bahamian public. Those individuals who seek to use political interest and personal intentions, do so acting on the understanding that a majority of Bahamians can be swayed and motivated by fear and emotions. The greatest danger from a political perspective to our national conversation outside ignorance is our inability eliminate every morsel of political bias from their arguments.

The national dialogue is not driven rational thinking, but by a paranoid mentality rooted in a culture of fear and emotion. Our wide rejection of critical thinking and glorification of all things irrational is counter-productive in building a better Bahamas. Therefore only the political & personal interest of a few that stands to gain from the refusal of all things logical.  The evidence is clear political idiocy, fear-based messaging, emotional manipulation, religious pandering, and other irrational tactics and actions are all taking a toll on the Bahamian psyche.

One of the biggest problems in the Bahamas is some people want to be entertained, and not informed. We need conversations that stretch and challenge our minds. We need conversations that can improve our lives. It may not be entertaining, but information and ideas matter. The day when Bahamians learn just because they feel a deep sense that something is right that does not in and of itself make it true. If we could learn and apply this fact, we’d be well on our way to a better Bahamas and beating ignorance.

Opposing the referendum and voting no doesn’t give you the permission to be a bigot, a misogynist, a sexist, xenophobe, or a homophobe. We have to be able to disagree on complex issues with a profound meaning of decency. While we may not always agree, we cannot allow our differences and fear to divide us. Let’s have a practical discussion about theses referendum bills by removing the hyperbole and stereotypes from the argument. It’s imperative that we look beyond the differences of the conversation and the anger and deep anxiety aroused by these issues. No constitutional amendment will collectively satisfy the general public over a complicated issue, but it should be designed to advance the national interest.

Hopefully, we can strike a balance between hate speech and freedom of expression. In the process of the national discourse, let us try to appeal to best who we are as Bahamians and have a respectful conversation on the future we’d like to shape for the next generation. Highly polarized discussions over gender equality won’t fix the issue. Let’s not used the referendum as a scapegoat to drive public’s hatred. We know from history that hate speech can have devastating consequences. We live in very sensitive times. People’s insecurities are extremely heightened and their capacity to suffer pain, bigotry and injustice are being severely tested. Let’s hold a constructive, substantive national conversation over how we define and shape this issue.