*From the mind of Leon R. Williams*

Lester R Cox I believe we had a VISION and the Finances to make The BAHAMAS The Caribbean’s Telecommunications Hub.

We built a Cable to Haiti. Negotiated a Cable to Cuba and got the First Right of Refusal for a GSM License in Haiti. Just those two Markets would have expanded BTC’s Foot Print from 350,000 to 22,000,000 Customers.

But there was a change of Government.

The new Chairman said Haiti had no value. But Digicel entered the market after we turned down the offer and reached Revenues from Cellular alone of almost twice BTC’s total revenues.

But we did not know what we were doing according to some people.

So the GOTB Sold BTC to Folks who had Deeper Pockets (Not Fish & Lobster Money); Had Worldwide experience (would not run the Company to the Ground in 30 days)….

C&W then sold BTC to Liberty and Liberty spun it off to LILAC.

LILAC appointed a Token CEO; reduced the Bahamian Executives to Senior Managers; Outsourced 916 & 914; Outsourced the IT Department and the National Operations Center (NOC); With plans to Outsource HR and Finance.

Plans are well underway to to sell the JFK Headquarters Building and other properties and relocate to the Industrial Park.

What’s our Cost? A Pension Fund whose Deficit ballooned from +$6 Million on the Day of Sale to $150 Million which the GOTB is solely responsible for.

What’s our Cost? The Dissolution of the $27 Million Self Insurance Trust Fund resulting in serious Cash outlay for Hurricane Restoration.

What’s our Cost? In 2010, one year before Privatization, the GOTB took a cash Dividend of $80 Million from BTC and settled their outstanding debt of $15 Million for a total Dividend of $95 Million.

How much Dividend is the GOTB receiving today?

What’s our Cost? We will probably be 10th or 14th in the Caribbean to launch 5G.

TSTT (Telecommunications Services of Trinidad and Tobago) which 51% owned and managed by the Government of Trinidad, promised in CANTO that it would launch 5G by Christmas 2019.

What’s our Cost? We will not have the fastest Internet Speeds or be the First Smart City like we committed to the ITU in 2016.

No major Capital Investment is on the Horizon.

No Fiber To The Home (FTTH).

We are one Dorian away from a complete collapse and probably a Bail Out.

Just do the Maths. 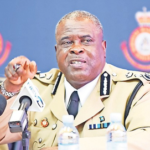 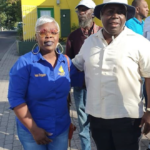 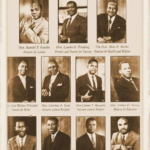 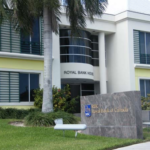 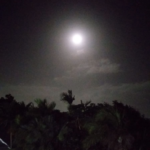 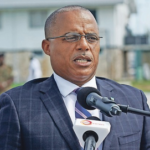