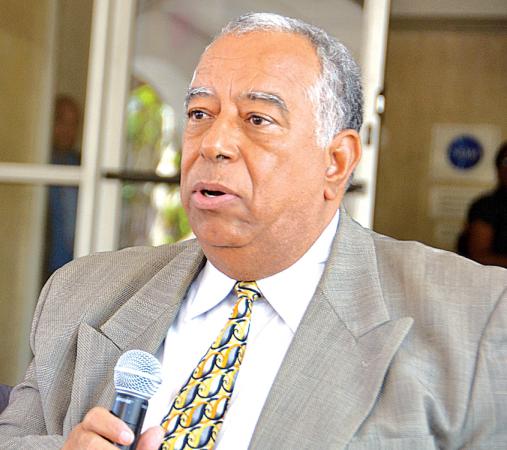 I believe The Graduate letter in The Nassau Guardian dated April 22nd, 2016 suggests FRONT PORCH Simon /The Graduate is the same person or group.  I congratulate you in your use of the English language – well written as usual – but what are we debating – unfounded opinions based on generalities, unsubstantiated rumors and false and unproven accusations?  If the opinion is based on untruths and false accusations then there is a motive and sometimes malicious and selfish motives for the writer’s expressed opinions.

I submit that much of what is written by FRONT PORCH/The Graduate about Dr. Minnis cannot be proven. The opinions are motivated by ill will towards Dr. Minnis for selfish family interest on part of the writers.

What are the facts about Dr. Minnis?

He is not an orator but this country has had enough of orators with much talk, promises and many failures. Dr. Minnis has demonstrated that he knows how to provide pay cheques for families on a weekly/monthly basis year in and year out.  Running a business (and government is the biggest business in any country)- is more than talk – it is setting goals, looking into the future, around the corners and devising a plan to achieve those goals the honest way without corruption and bribes.

So what are the arguments against Dr. Minnis? You can’t say the he is corrupt or dishonest; there is no evidence of that.

Now if FRONT PORCH Simon/The Graduate will please stand up then we can all assess his/their successes/achievements and motives.

Yes Front Porch /The Graduate I am submitting that there are no facts on which you base your argument and or opinions – paper will always sit still and let you write anything on it.  With regards to Alexander Hamilton/James Madison et al please note that the times in which they lived and operated were perilous and times of tyranny but there were men among them (warriors) who in spite of the peril to their lives and the tyranny, went forward publically and forced the creation of what we know today as the great United States of America.  Those warriors were not timid souls hiding behind pseudonyms /nom de plumes they created the United States of America.

Likewise, if it wasn’t for the late Sir Cecil Wallace-Whitfield and those of us who stood with him in the trenches for principle, for truth and for democracy this country would have been taken back to the oligarchic period of 19th and early 20th century by those who called themselves BDP’s – their motives at the time can and will be examined and exposed later by historians but thank God at that time we saved not only the FNM but also DEMOCRACY for this country. Please let it be known that I agree with all of Justice Paul Stevens’ statement especially when he said “the right to remain anonymous may BE ABUSED WHEN IT SHIELDS FRAUDULENT CONDUCT. But political speech by its nature will sometimes have unpalatable consequences, and, in general, our society accords greater weight the value of free speech than to the DANGERS OF ITS MISUSE”

As for my “being passed over for promotion, becoming embittered and a turncoat” let me say that my life has always been an open book. I voted PLP in 1968, 2007 and 2012 during the 1972 elections I was in London and all the other elections up to and including 2002 I voted FNM.  The only party that I was ever a member of was /is the FNM.  Most, if not all, of The FONT PORCH Simon /The Graduate group –was PLP, NDP, BDP and FNM. Were they embittered turncoats when they went from pillar to post and party to party?

Yes, I wanted and unsuccessfully ran for the post of leader of the FNM.  After the leadership election not knowing that the leadership race/process was corrupted by the use of the public purse to achieve a corrupted result I issued a public statement congratulating the purported winners and offered my continued support.

A day or so later on the advice of my dear wife I left Nassau for a two week stay and rest at the Orange Lake Country Club in Kissimmee Florida.  While overnighting on Miami I received two calls; one from Mr. Algernon Allen inviting me to come back to Nassau to attend a meeting on R. M. Bailey Park that he had called, the other call was from Mr. Maurice Moore asking me to stay in Miami until he got there, because he said the leader elect election (election) should be challenged.  Mr. Moore came to Miami and met me at the Embassy Suites and told me what he heard had gone down at the election. I informed Mr. Moore that I didn’t think that he had sufficient cogent evidence to challenge the declared results of the election and as a result I went on to the Orange Lake Country Club.

After returning to Nassau a fine and honest gentleman who is now deceased arranged for me to receive copies for a number of the contracts issued under the government summer school repair program to many of the delegates/voters at the election.  These contracts were all just under $50,000 – the upper limit for a single minister to authorize – one of them being issued on the same day of the election.  I visited some of the schools and spoke with some of the principals/teachers/administrators and they were surprised and shocked at the amounts in the contracts for works that was purportedly performed at the schools – in one case $45,000 for repairing a cafeteria door.  I presented the case on the floor of the House of Assembly and laid copies of some of the contracts on the table of the House. The then Prime Minister said he would have the matter investigated and we have heard nothing from it since – just swept it under the carpet.  The Hansard – the record of the House of Assembly can confirm what is written here and the results of the 2002 general election is evidence of what the general public thought of the election.

I ran successfully as an independent candidate in the 2002 general election even after two clergyman visited and asked me to let bygones be bygones. I asked them what about right and wrong? What about the abuse of the public purse and corruption? And what will I tell my children and grandchildren? No doubt they left embarrassed if that was possible. I ran again as an independent in 2007 and lost.

I am content where I am today – still standing up for principle, for honesty, fair play and justice for all – even for the carpetbaggers.  I believe Dr. Minnis is being unfairly criticized, publically abused and undermined by some unseen hands for their own selfish motives and I ask the general public to stand up and say NO MORE, NOT AGAIN!