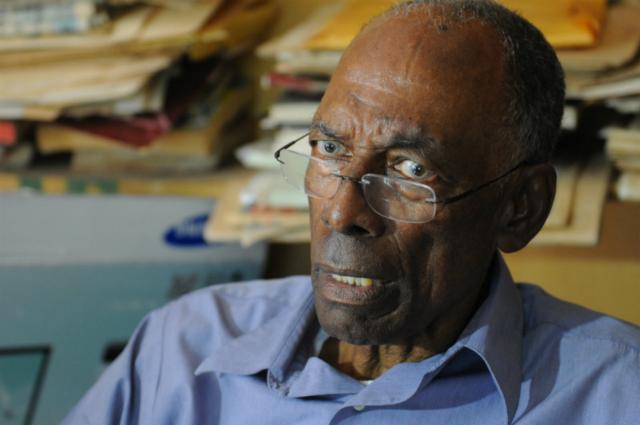 The former Minister for National Security Loftus Roker under the PLP had this to say to The Tribune about the PLP, its leader and its incumbency, published on 4th December.  Mr. Roker reflects the current but unspoken sentiment in many quarters but the problem is that this kind of bleating in public is not useful unless it can help to craft a result.  He is also wrong to have any angst over who is going to succeed Mr. Christie.  It is a truism, a fact of nature that if the Leader of the PLP drops down dead tomorrow, someone will take his place and there is no special magic to it, neither is there anything particularly special or God bestowed in being a Prime Minister. It is also not helpful for so senior a person as Mr. Roker to say that neither side offers an alternative.  He is boasting about the wonders of the Westminster system but that is a two party system and for good or ill, if you don’t elect the PLP there is only the FNM.  No point complaining about the air when that is all there is to breathe.   You watch not one person will open their mouth in support of the party:

Bahamians are destroying The Bahamas, the men we have elected to make it better are slowly destroying the country I love so much. Questions about who will win the next election are irrelevant at this point – we don’t have a system that our people have confidence in.

While I am a proponent for Mr. Christie retiring from frontline politics, he doesn’t see anyone that can replace him.

Nowadays politicians view parties as lodges, groups that they pledge their loyalty to. These guys would do all in their power to save face for their party, I mean the party could be destroying the county and they would not breathe. I mean your loyalty should always be to the Bahamian people, to your country, your constituency. That is what politics was intended to be; persons working to better their society.

It is strange how well our local politicians know the system when it suits what they are trying to do and when it doesn’t, they play the fool.

The country at this point is in a serious state. We need to get back to the truth of the Westminster system – this is truly not it.

That is why I have advocated for Mr. Christie to step down, it is time for that generation to bow out and open up the field for new persons. It has nothing to do with if he could win or not. It is all about the Bahamas being able to take that next step.

I don’t know what we are going to do, we have to find people capable of running our country. With (Free National Movement Leader Hubert) Minnis, I don’t know any bad things about the man, but does he understand politics? We know that he is smart, we know that he a great doctor but we don’t need a person that just sounds educated because education is one thing – you need wisdom and understanding. With him, we may be jumping out of the frying pan into the fire.