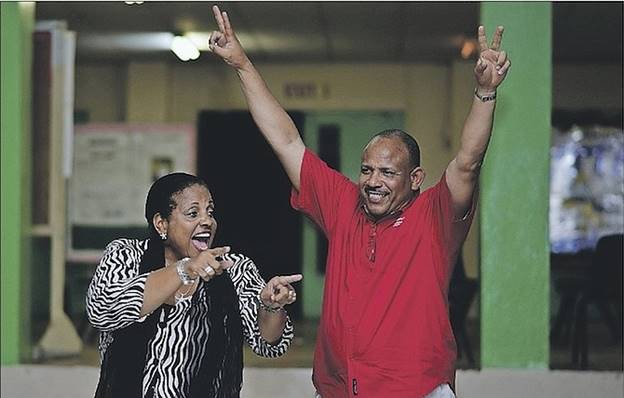 Loretta Butler Turner, the MP for Long Island who forced a convention on Dr Hubert Minnis the Leader of the FNM before he wanted one and was up to Friday 22 July refusing to pay her fair share because she wanted she said more transparency, is now complaining that she will be isolated and lose her nomination if she loses the leadership race. Duh. The real reason they say she was holding out though was because she didn’t want to spend her money and then Hubert Ingraham, the former Prime Minister jumps in, and she gets ousted from the game all together and loses her post and her money. Here is what she had to say in her own words to The Tribune:

“I would like to be able to say ‘yes I am going back to Long Island and bring home the seat for the FNM’ but in the back of the mind and probably will become front of my mind are the words of Dr Minnis who said if he prevails, no when he prevails, that he will deal with the six of us.

“That for me is the leader saying I have no intent of unifying us, I am going to get rid of you. That for me is going to be a further challenge to unification of our party and people need to know that.”

“…I believe the FNM under Dr Minnis is prepared to leave me and let me just underline why I say that. (It is) because of what he said and because as a sitting incumbent I have had two challengers already in my constituency that have not been rebuked.

“The first one is another sitting member of Parliament who has chosen that he is no longer running in his area but he thinks he can go to Long Island to undermine Loretta,” she said, referring to Dr Rollins.

“There has been no public rebuke of that action. It is disrespectful. It is undermining. It is divisive. It is not good for the health of our party and I have not ever said that I have no intention again of running in Long island. That is the first strike.

“The second strike during the last regatta in May of this year there were persons that were being introduced on the regatta site by Dr Minnis. One person in particular that this would be the next FNM standard bearer in Long Island and the people of Long Island have said ‘you have got to be joking.’ That person has now come out and is rebuking me every day, maligning my good character, castigating me and saying why they think I am unfit.”

“They have been rejected by Long Island before. They have left the Free National Movement and now sit in a position of advisory. That person is no less a person than the opportunist Tennyson Wells who cannot get what he wants under (Prime Minister) Perry Christie and now sees a soft spot to try and get what he wants.

“Has he ever said to the Bahamian people that his biggest desire is to be able to have a casino license for some failed project he has in Coral Harbour and that is the reason why he is so gung-ho because he knows under a Loretta Butler-Turner (administration) he has no way of getting that casino license?”