LORETTA LAUNCHES INTO THE DEEP 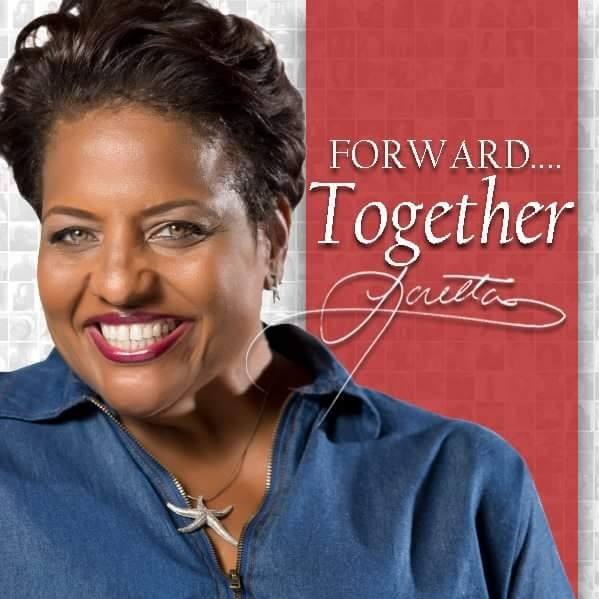 The picture is a pretty one. The eyes are dazzling and the smile infectious, but will it be enough to wow the FNM delegates to vote for her and displace Dr. Hubert Minnis as Leader of the FNM and Leader of the Opposition. For the second time in six months, Dr. Hubert Minnis will have to best Loretta Butler Turner as the challenger for his job. She finally announced what she was going to do. It appears that the hesitance was whether or not Hubert Ingraham, the former Prime Minister, was going to enter the race. He has apparently said not. She has said she will now look for his endorsement.

Watching very much from the sidelines is the Progressive Liberal Party. Each day the newspaper headlines become more lurid. The latest was that of Edison Key, the MP FNM for South Abaco, who branded his colleague Loretta Butler Turner a “ troublemaker”. He said that Andre Rollins, the FNM Ft. Charlotte MP who sits right on the side of Mr. Key in the House, was deserving another slap by Loretta Butler Turner. This was better than the movies. Also joining in was Maurice Moore, party founder, and Renward Wells and Dr. Duane Sands. Threat and counter threat. Dr. Minnis went about his business.

While the PLP is amused, there is a sub text of disquiet within the PLP because who in their camp knows when it will be the PLP’s turn. These things do go in turns. Prime Minister Perry Christie was able to stamp out the revolt in his own party and silence everyone from challenging him but inevitably the whispers are about transition, particularly as the resistance following the results of the referendum increases on the streets, to the MPs of the PLP as they go door to door.

So while there is bemusement, amusement and delight at the FNM, there is no comfort level in the PLP. The PLPs remember that in the Caribbean, Opposition parties as recently as the party in St. Lucia was in the death throes type argument you see with the FNM but were able to patch it up and win the election within a three week campaign. The talk amongst the FNMs is that they smell blood, that the PLP is vulnerable, goose is cooked, done like turkeys, and that all that is needed is to be the last man standing in the FNM and you become Prime Minister. They see the PLP as toast and they smell it amongst the populace and that they say is why they are fighting so hard to get control of the FNM.

Whoever wins the leadership is the head of our country for the next five years, is their logic.

The PLP should know what the other side is thinking. Knowledge is power. The question is what to do to counteract the lethargy and the PLP fatigue that has hit the country in some quarters. Chairman of the PLP Bradley Roberts speaking at Elizabeth warned the PLP not to pay attention to the FNM but to concentrate on the work which the PLP has to do.

We say bravo and ditto.

Loretta Butler Truer may well meet her match or Dr. Minnis may meet his match. Who knows, the evil dragon from North Abaco may be back as a last minute choice again, ousting Dr. Minnis in fell swoop? Whatever it is, the PLP has a hard, hard slog ahead of it. The difficulty is that people think that the PLP doesn’t get it. The PLP has to show that they do get it and get on the streets and make the government work in these last few months.

A Prime Minister laments to the assembled crowd that he has to get involved in securing a 1000 dollar part to make the air conditioning work in the Passport office. Wonders never cease. No Prime Minister should face this issue, symptomatic of the disrespect for political authority all around.