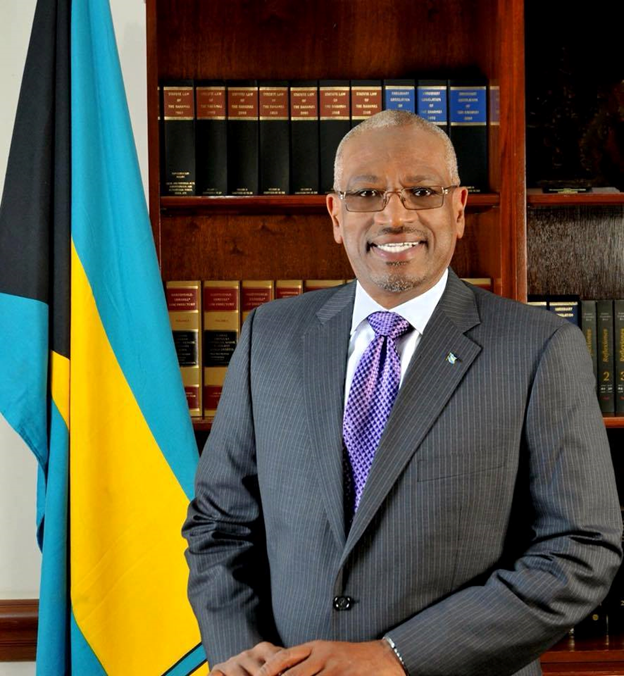 MAJORITY RULE DAY MESSAGE FROM DR. THE HON. HUBERT MINNIS, PRIME MINISTER OF THE COMMONWEALTH OF THE BAHAMAS, WEDNESDAY 10 JANUARY 2018

Fellow Bahamians:
Half a century ago, when Bahamians voted into office the country’s first Majority Rule government, it marked a defining moment in our nation’s history.

Today we celebrate 51 years of Majority Rule. We remember the core objectives of this movement: freedom, equality and democracy for all Bahamians.

Majority Rule Day commemorates the long struggle, and the day when the will of the majority of Bahamians was freely expressed in a general election.

This defining moment and historic accomplishment does not belong to any one political party or segment of our people.

It crosses all boundaries of party, economic class, race and gender.

Majority Rule belongs to all Bahamians! We should celebrate this day as One Bahamas, as one people united in love and service to our Commonwealth.

The march to Majority Rule was a long, hard struggle.

Our House of Assembly is one of the oldest continuous parliaments in the world, having been established in 1729.

But while it is today the proud centre-piece of our government, its creation did not make the then Colony of the Bahama Islands a full, functioning parliamentary democracy.

Slavery was still an institution in the colony, as indeed it was in other British territories.

While slavery was abolished in 1834 and men of colour held a small number of seats in the House of Assembly since the 19th century, the majority of Bahamians still suffered from political, social and economic discrimination.

Political activism in The Bahamas can be traced back to the 1800s, when the Committee of the Free Coloured petitioned the government of the day for the incremental attainment of civil rights.

Between 1942 and 1967, a series of significant events forever transformed the political and social landscape of the country.

The Burma Road Riot in 1942 was the beginning of a new political awareness in The Bahamas.

In 1953, the Progressive Liberal Party was formed as the first national political party, with William “Bill” Cartwright playing a central role in the development of party politics.

Sir Etienne Dupuch’s anti-discrimination resolution in the House of Assembly in 1956, was the catalyst for dismantling racial segregation in public places.

The General Strike of 1958, resulted in much-needed changes to the country’s labour laws and electoral representation. Four new parliamentary seats were provided for New Providence.

With this new political awareness and activism came a strong resolve to give a voice to every Bahamian, not just a privileged few.

It was not until January 10, 1967, that the House of Assembly represented for the Bahamian people what has been described as the fullness of democracy.

In the middle of the 20th century the House was firmly under the control of an entrenched oligarchy, who maintained their stranglehold through unjust electoral laws and the brutal exercise of economic power.

It was then that a new generation of political leaders rose up to challenge the Old Guard and to bring pressure on the colonial power for change.

In the 1960s some of the worst aspects of the corrupt electoral system were changed and universal adult suffrage came to the Bahamas, with women voting for the first time in 1962.

So it was that in 1967 the Bahamian people finally voted out the oligarchy and opened a new era of democratic government.

We call that day Majority Rule Day. It is a day that should be celebrated by all Bahamians because, among other things, revolutionary but peaceful change had come to the Bahamas.

A system that had to end one way or another, ended in a peaceful and orderly manner, and of that all Bahamians should be proud.

But Majority Rule did more than just bring an end to a patently unfair electoral system that prevented the majority of Bahamians from achieving true representation in the House of Assembly.

In the words of former Governor General Sir Arthur Foulkes, one of those who served in the forefront of the movement for equality and social justice:

“Majority Rule removed the last psychological shackles from the minds of many. It shattered false notions of superiority and inferiority; it initiated the fulfilment of the promise of universal access to education; it created the foundation upon which to build a society with opportunity for all.”

As we honour this special day in our history we must also honour the many men and women who sacrificed and struggled to make this day possible.

Through their words they spoke for those who could not speak for themselves.

Through their actions they gave courage to the fearful.

Through their legacy these patriots serve as an inspiration for the nation, including for our children and young people.

Because such history is essential to who we are as a people, we must place greater emphasis on teaching history and civics in our schools.

We must also honour the Bahamian spirit and those who contribute to the common good.

Majority Rule Day honours the Bahamian spirit. It serves as an important example of what Bahamians can achieve as a people committed to equality, freedom and democracy.

Let us celebrate this Day as One People, with a historic past and a shared future.

Thank you, and May God bless the Commonwealth of the Bahamas.