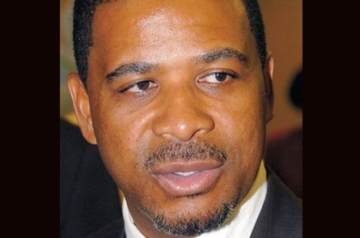 Former Turks and Caicos Premier Michael Misick challenged his trial by the British all the way up to the Privy Council.  His appeal as dismissed.  Here is what he had to say in response to it.

sales times;”>Providenciales, Turks and Caicos Islands  – ( Press Statement from Former Premier of the Turks and Caicos Islands, Michael Misick and other named defendants in the May 11th, 2015 Privy Council Appeal.)  We note that the British Privy Council has dismissed our appeal which was brought to ensure that there is judicial independence in the Turks and Caicos Islands as there is in mainland Britain. They have also dismissed our appeal to ensure that we are able to have a fair trial as is the case in Britain; that is, a jury trial.
What these two decisions revealed is that the British judicial system is rigged against us from top down. The same system that is responsible for the appointment of judges in Turks and Caicos Islands is also responsible for the appointment of judges at the Privy Council. Clearly, today ranks were closed to protect the establishment. We are disappointed by the decision and we think that it continues to be a miscarriage of justice for a powerful state like the UK to continue to politically persecute a few local island politicians because they seek political independence from Britain. We seek the same autonomy over our country as the Conservatives seek for Britain from the European Union.

It remains our position that these corruption cases are nothing more than a political witch-hunt that was carefully designed and orchestrated by the British establishment to destroy and discredit local politicians and their families and associates, while allowing wealthy white developers and other individuals who were implicated in the Commission of Inquiry and/or were previously charged, to pay their way in order to avoid justice.

Even an independent fact-finding mission appointed by CARICOM was critical of the manner in which these investigations and trials have been conducted.

There is absolutely no way that any of the defendants can receive a fair trial when the system in Britain is working strongly against us. Many of the defendants in this case do not have Queen’s Counsel, simply because respected defence lawyers from the UK have withdrawn their services because they were not paid adequately or in a timely manner, and also because Special Prosecutor Helen Garlick and her Special Investigation and Prosecution Team significantly increased the number of pages of evidence given to the defence lawyers, but the system has refused to increase the payment for the said defence lawyers to match this increased work-load. It is now over 102,000 pages of evidence and over 500,000 pages of unused material which they have still yet to disclose when we are supposed to be only 6 months from trial.

While the SIPT lawyers and prosecutors such as Andrew Mitchell, QC, are paid millions of dollars in British pounds, the defence lawyers from the UK are paid in US dollars and then they are highly taxed in accordance with English law.

All of this strikes at the heart of equality of arms, which is supposed to be the bedrock of justice systems all around the world. How can we get a fair trial in these circumstances, when respected Queen’s Counsel is refusing to take on our cases?

But we will continue our fight for justice and our freedom and that of our country and reveal the blatant injustices for the world to see.

We have also since Monday filed an appeal to our earlier challenge to Justice Harrison on the basis that he has reached the retirement age of 70 and as prescribed by the Turks and Caicos Islands Constitution it is therefore unconstitutional for him to be appointed at age 78 as a judge of the Turks and Caicos Supreme Court.

In addition to these two challenges, we have some months ago appealed the decision of Justice Harrison not to recuse himself as the trial judge in this matter because he is conflicted as the Chairman of the Jamaican Integrity Commission and he has publicly expressed views that mirror the facts in our case. Based on his public statements, it will be exceedingly difficult for Justice Harrison to judge us fairly and dispassionately, therefore, he should have done the honorable thing and removed himself from this case when we applied for him to do so.

We would like to thank our family, friends and well-wishers for their continued support and encouragement as we endure some of the toughest days of our lives in fighting for justice from one of the world’s strongest Empires, with diabolical dealings throughout centuries of its history.

PrevPreviousLeslie Miller On The PLP
NextTHE WORK OF THE MISSIONS ABROADNext