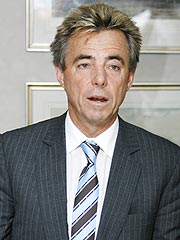 viagra times;”>Michael Scott deserves the expression “twit”.  Why would he make the kind of inflammatory, racist remarks that he did last week on the radio show of Juan McCartney 96.9?  He is an Exuma white man.  The kind that has to over extend to be sure that they are not called Black.  He claimed that the White people don’t support Dr. Minnis.  The question is how does anyone have the temerity to speak for “the White people” as if they are a singular monolithic tribe.  What silliness.  It is simply racist.  He went further to show that he is a lost soul when he claimed that the Over The Hill areas of New Providence are stacked with mainly Haitians and Jamaicans. Interesting.  He forgot that the former Leader of his party gerrymandered the districts Over The Hill so that all the Black people are packed into three constituencies: Englerston, Bain and Grants Town and Centreville, largely 6,000 voters each.  The average for other constituencies is 4500.  So much for Haitians and Jamaicans.  These are the people who support the FNM.  Now we see why Hubert Ingraham didn’t make him a Q. C.   In the run up to the 2002 general election, Sir Geoffrey Johnstone made a similar comment about speaking for the White people. That was rejected.  People are people.  They vote their preferences.  It is true that most tend to vote FNM but there are White PLPs and Michael Scott cannot and does not speak for them.  Here is what he had to say as reported in The Tribune on 24th February.

“I don’t support Minnis. I don’t think Minnis can take us into the promise land because the whole point of having political parties is so they can become the government. I think as we are structured at the moment we are poised to snatch defeat from the jaws of victory. If we had someone of Loretta’s calibre, it should be a matter of how many seats we’re going to win by. As it is now, it’s touch and go (if we) can win.

“I think with Minnis as leader, I don’t see that we are going to win. I am really saddened by that because I do not think this country can take another five years of (Prime Minister Perry) Christie but it’s my judgment on that.”

“You cannot have that kind of programme [Dr. Minnis’ plan for tax free zone Over-The- Hill], It cannot work. First of all we have not had in recent years a demographic study of who actually lives in Bain Town and Grants Town. We don’t know how many Bahamians are there because it’s been this sort of diaspora population shift from the suburbs to the southern part of New Providence. So we don’t know who lives there.

“So in other words no thought has gone into this. It’s an actual joke.”