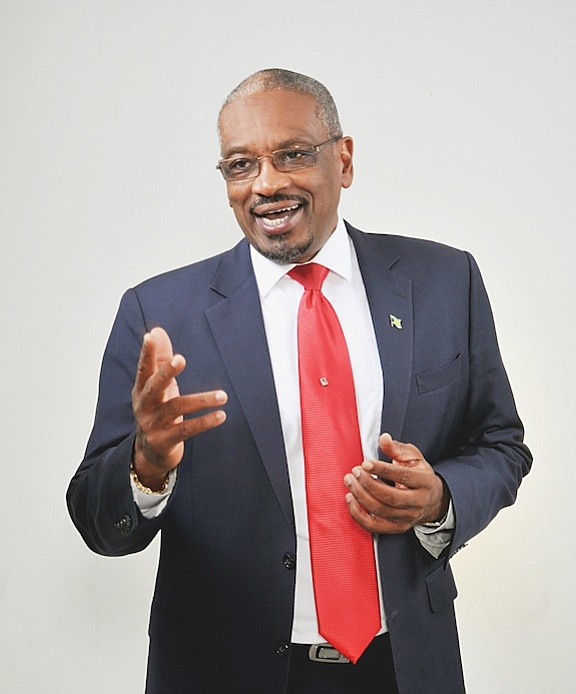 “I am monarch of all I survey

In my right there is none to dispute”

On 7th January, the Free National Movements Central Council decided to ratify eight candidates for the next general election.

It should not have come as a surprise to anyone who reads this site, since we have been saying for  many months that these folk who are dreaming of Hubert Ingraham’s return are spitting into the wind .  It aint gonna happen.  We warned them that Dr. Hubert Minnis, the present Leader of the Opposition, was not a Tommy Turnquest who could be kicked out by the whim of Hubert Ingraham,  This is a different kettle of fish.

The same day of the FNM vote at Council, a disgruntled FNM published a thorough and demeaning slash and burn piece in the press ( you can click here for it ) accusing Dr. Minnis of everything in the book and saying that the FNM could not survive under the leadership of Dr. Minnis.  Dr. Minnis showed them better than he could tell them.

The problem of which the letter writer was complaining was that the FNM former candidates all had to vacate their seats on the Council after two years.  It had been extended by one year but they were notified that time was up and had to go.  That was interpreted by the FNM writer as stacking the deck in Mr. Minnis’ favour.  We hope that means that Dion Foulkes can no longer sit on the Council.  He is trying to get the nomination to run against Melanie Griffin in Yamacraw but  doesn’t have a prayer if Dr. Minnis continues as leader.

Dr. Minnis has outfoxed them again.  He even had his Chairman Michael Pintard tell the press: “no problem if former candidates want to continue to sit on the Council, write me a letter and I will allow you back in.”  We understand that if they are allowed back in they will not have a vote.

Dr. Minnis is employing the same strategy that he employed when he ran for leader.  They asked for, begged for a convention.  He allowed it and organized it. Then when the election was held, the insurgent candidate Loretta Butler Turner  spent her time campaigning in The Tribune and The Nassau Guardian instead of with the delegates.  Surprise! Surprise! As Dr. Minnis worked the floor and the country, he came out victorious.

There are more surprises to come. Niki Gomez did not get to run again in South Beach.  Instead you have Mr. Bamboozle — Howard Johnson– who hails from South Eleuthera.  We told you that too.  The theory is that he can match Cleola Hamilton when it comes to rowing on the campaign trail.  They say Ms. Gomez is too polite to fight Ms. Hamilton.

We await with bated breath what happens next.  The PLP must be smiling all the way to the bank.  Speaking of banks, the owner of Commonwealth Bank, Brent Symonette, former Deputy Prime Minister spent the night on 7th January attacking Mr. Minnis.  Mr. Minnis listened then voted against all he was saying.