MINNIS DEFENDS A REPROBATE AND A CRIMINAL 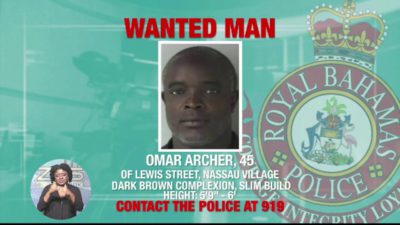 On Friday 5 October, the Prime Minister Hubert Minnis took off for the PLP constituency of South and Central Andros and the FNM constituency of North Andros.  He did not invite nor tell the Member of Parliament PLP Picewell Forbes that he was going into the constituency.  This continues the pattern of insulting PLP Members of Parliament, ignoring them and then trying to go after their base. No problem, the PLP is more than equipped to match the FNM. It just speaks to the nastiness and incivility of the Minnis regime.

Last week, the lowness was indeed a new low.  Dr. Minnis scoffed at his former numbers Darnell Osborne late of the Bahamas Power and Light Corporation, who resigned from the FNM.  He scoffed at the fact that Lionel Sands, late the bosom buddy of the Prime Minister, had left the FNM.  Then he defended the criminal that he hired at the Ministry of Work Omar Archer who Mr. Sands said threatened him.  It now becomes clear the criminal conspiracy that brought the FNM to power included the criminal Omar Archer, now the Registrar of Contractors at the Ministry of Works.

Mr. Minnis said he was going around the country to explain why he went to the United Nations with a delegation of 20 people.  We hope that he came up with a better excuse than the one he gave in the House. He claimed that going forth he would be taking a back bencher with him as part of his succession planning. Duh! What’s he big surprise in that.  The PLP did the same thing.  In fact, the PLP went farther and added a spot for the Opposition’s spokesman on Foreign Affairs.  The propensity of the FNM to pretend that they are doing something new and earth shattering is unbelievable.

The whole business of travel is stupid anyway. The FNM was able to make much of it while they were in Opposition, suggesting that the PLP was profligate.  Except this year they have increased their travel budget by more than one million dollars.  They pretend that they are doing something new when they come back and give press conferences about what happened while away.  That’s not new the Foreign Minister Fred Michell and the Prime Minister Perry Christie did it routinely.

They promised they will actually release the figures on travel. Who gives a crap. This is all to show that they are lily white as the driven snow.  We all know they are not.  They are as corrupt as the day is long.

Why is Adrian Gibson being allowed to cut off the water of poor people without let or hindrance?  Why is the Bahamas Mortgage Corporation putting people out of their homes?

Dr. Minnis cannot answer those questions so as he flies up and down the country, he should get a good look at The Bahamas because he won’t last for another term.  So long goodbye and not a minute too soon.