Minnis Has A Party For Bahamians In Atlanta 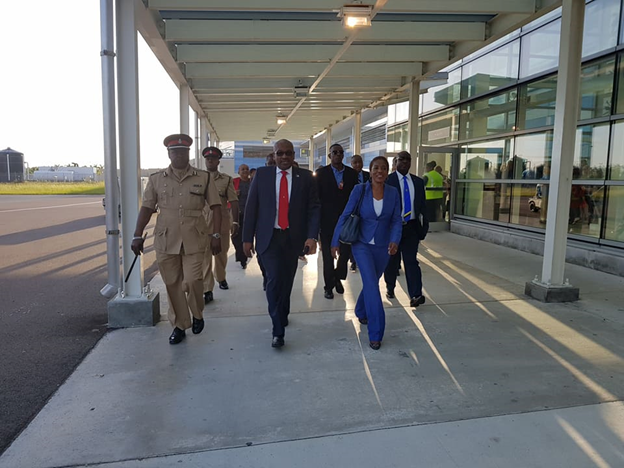 Don’t you just love the hypocrisy and double dealing of this Prime Minister and his FNM Government and ministers? Remember that great speech to the nation, one of which we are to be treated to every three months, where the Prime Minister freshly minted said that there would be cut backs of ten per cent across the board in government expenditure, that there would be a freeze in hiring in the public service and that there would be a stop to foreign travel for ministers. The last one was particularly stupid since travel is such a tiny part of the budget of the government that it would have made no difference. We knew it would not and could not last. But this crew in charge is so stupid in their self- righteousness that they announced it. Well the picture shows Hubert Minnis, with his wife and followed so the caption said on Facebook by this Foreign Minister Darren Henfield, the righteous. They were headed to Atlanta, Georgia to have a party. Hotlanta can’t wait for them to get there. The Ministry sent out invitations to the Bahamian community there but had to stop because the response overwhelmed the numbers they said. What a party that will be. So all foreign travel is stopped huh? And who do you think is paying for it?