MINNIS THE JOKER OR THE RIDDLER 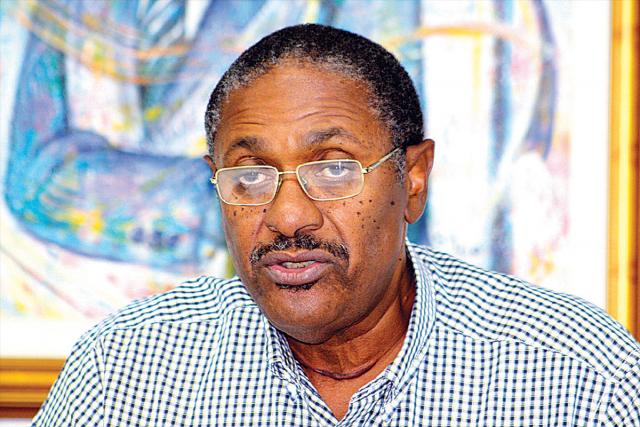 The following statement was issued by Bradley Roberts, Chairman of the PLP:

Judging from the latest statement from Dr. Hubert Minnis, the Leader of the Opposition concerning Government contracts, Dr. Minnis could very easily fit into the any role in the Batman series as The Joker and The Riddler.

The Joker in Dr. Minnis would have left him indifferent and blind to the pungent odor of the toxic stench that is now being emanating out of the FNM Cabinet/BEC Board scandal and being played out not by the trumpet of the PLP, but by the Bahamas Supreme Court. The stench of corruption where a former FNM Senator stands charged in a “pay-for-play” international bribery is totally lost of Dr. Hubert “Joker” Minnis. The very highest echelon of the FNM seems to be rocked by these daily court revelations as this act of corruption involved the senior leadership of the FNM Cabinet.

The “Joker” in Dr. Minnis would have also left him immune, blind and tone deaf to the recent resignations of two of his Senators for issues I need not repeat in this statement, save for an except for this: Dr. Minnis has lots of explaining to do to the Bahamian people as to what he knows, when did he know it and what did he do when he found out about the activities which led to these resignations?

THE JOKER IN DR. MINNIS KEEPS HIM IN A PARALLEL UNIVERSE! HOW SAD!

The Riddler in Dr. Minnis would be wrapped up in his statement that “The FNM stands for Bahamians free of such corruption where our people don’t have to be a part of a club to be able to put food on their tables.”

What a mean and ugly and fraudulent boast for Dr. Minnis. In one breath he tells the Bahamian People that it is all fine and dandy for former Senator and National Chairman Michael Pintard to consort and negotiate with ‘killers and gangsters’ as they traded their cash for gold in affidavits, claims and statements.

The Riddler in Dr. Minnis would also be contained in his confession in the Parliament that he met with the gangsters three times and helped himself to gifts of fresh fish delivered to his home front door.

Dr. Minnis is both The Joker and The Riddler in his nasty assertions on the Bank of the Bahamas. This certified strategy of the FNM to attempt to wreck the Bank of the Bahamas with innuendo and malicious nonfactual allegory is quite unbecoming of The Leader of the Opposition. Why would he want this Bank to fail? BOB has thousands of Bahamian shareholders; it holds many mortgages sold to middle class Bahamians and is the anchor for many Bahamian-owned businesses. Once again Dr. Minnis knows the answer to his own riddle.

The Riddler and The Joker in Dr. Minnis would have caused him to forget to mention these easily verifiable facts because he is blind, deaf and immune to them while he points his fraudulent and hypocritical finger:-

1. An FNM Cabinet Minister awarded a lucrative air conditioning contract to a young Bahamian to service a Government Ministry and in return the contractor was made to dole out tens of thousands of dollars to pay for the Cabinet Minister’s lavish pool side extravaganza.

2. An FNM Cabinet Minister awarded a contract to build the Garvin Tynes School to a contractor for millions of dollars. At the very same time the contractor was building the Minister’s palatial sea view mansion.

3. A close relative of a senior FNM Cabinet Minister was given contracts to supply apparatus and equipment for the Government with a near 400 per cent mark up. For example this man was billing the FNM Government in excess of $500 for a kitchen faucet which could be purchased at K Mart or Wal Mart for $9.99.

4. Deputy Prime Minister Brent Symonette was sitting as Chairman of the Airport Authority and awarding all of the lucrative contracts for paving, asphalt, tarring and resurfacing of the airport to a company in which his family enjoyed majority interest.

5. Another FNM Cabinet Minister reclassified a brand of juice, attracting a lower customs duty rate all to the exclusive advantage of his family member.

Once again I offer Dr. Minnis my unsolicited advice. The people of Gotham City want to know and need to know that since you have replaced your disgraced former National Chairman Michael Pintard who represented Save the Bays and Louis Bacon with Sidney Collie, the former Attorney for Peter Nygard, how are you able to talk out of both sides of your mouth, keep a straight face and still not realize that the joke and the riddle is on you.

The FNM is uniquely unqualified to lecture on transparency and accountability when the record shows they did such a despicable job at it while in Government and in Opposition.