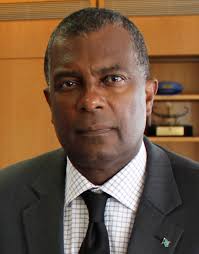 The comments in the editorial of 3rd December by the Nassau Guardian were out of order and lack credibility and enough independent thought. They were offensive and patently false. We continue to nod our heads at the dishonesty of that newspaper when it comes to the PLP. The intellectual doublespeak and revisionism are almost too much to bear. Fortunately, few people read the darn thing, but we must respond for the record and for our supporter’s sake we must correct the nonsense which it contains.

The most offensive was this sentence: It [the PLP] was cynical, greedy and but a vehicle for the transfer of state wealth to PLP oligarchs.

Oligarchs? Does the Nassau Guardian know what an oligarch is?
There is only one time that this country was controlled by oligarchs that was in the days of the UBP when the businessmen who controlled the economy also controlled the government and made decisions for themselves. The names of those businessmen who also sat in the Cabinet included the name Symonette
Does that name ring a bell today?

It should ring a bell because Brent Symonette, the son of the Premier Sir Roland Symonette who sat in the pre-1967 Cabinet, now sits in today’s FNM Cabinet. The FNM Government in which he sits has agreed to give him a contract to rent his building at the Town Centre Mall, with their eyes wide open. Maybe The Guardian was fast asleep.

We think we have made the point that the Nassau Guardian is not a credible commentator on this subject.

The PLP stands on its unparallel record of success as a political party in delivering for the ordinary man and woman in this country.

How short are our memories? When former Prime Minister Hubert Ingraham of the FNM called the owners of the Nassau Guardian greedy in 2011 because they wanted to buy the Bank of The Bahamas and Mr. Ingraham refused to entertain them, the PLP stood up for them. The PLP was alright then but now it’s not so convenient.

No amount of Nassau Guardian revisionism can change the fact of our accomplishments. The people of this country will turn to the PLP for help as this FNM Government deconstructs itself by its dishonesty and incompetence.
End