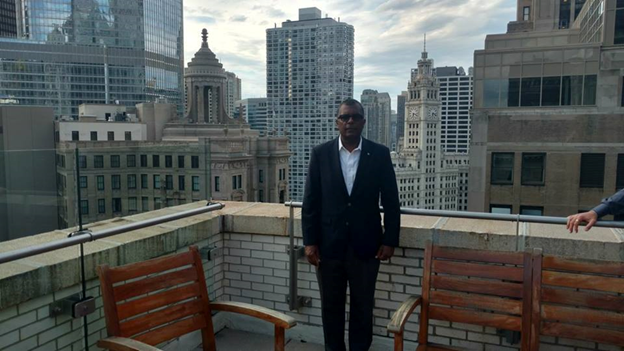 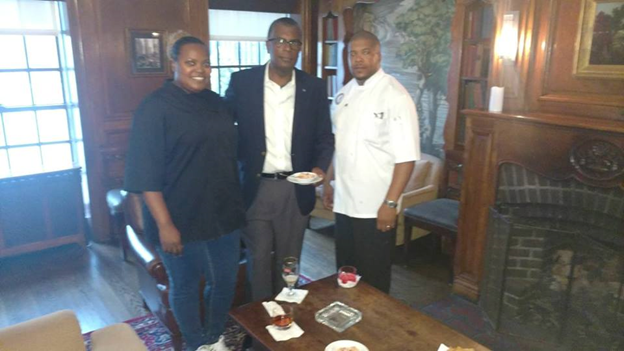 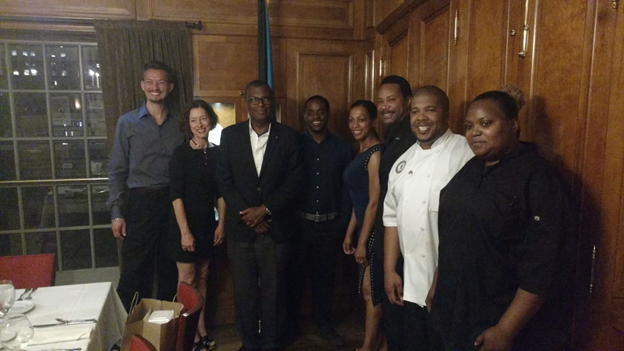 Senator Fred Mitchell at the Skyline Club in Chicago hosted by Michael Fountain, Honorary Consul in Chicago and Chef Jeff Crittenden and is wife Esmeralda who are Bahamians in Chicago. 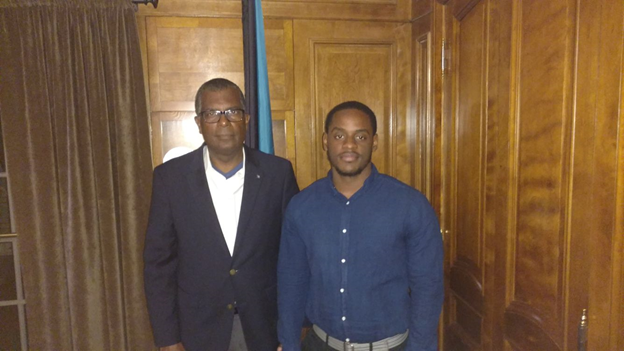 Senator Fred Mitchell with Donavan Dean, the son of businessman Henry Dean.  He lives in Chicago and is a project manager with a construction firm in that city. 17 June.