MITCHELL ON RACISM AGAINST THE CHINESE 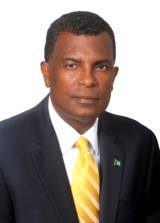 tadalafil times;”>On 26 May, Fred Mitchell, the Foreign Minister, intervened to staunch the tirade of anti-Chinese sentiment in the country over a false report that the Chinese government had demanded citizenships of The Bahamas in exchange for  their continued investment in Baha Mar.  The full statement appears below:

Statement from the Minister of Foreign Affairs

I have taken note of the country’s raging debate built on the false message about the completion and opening of the Baha Mar project. The message was sent out from a radio personality on Monday, the 23rd May.

The Bahamas is a democracy and a free society, so public discourse is par for the course. What is of concern however is when racism and jingoism appear to be seeping into the dialogue and public discourse. We should not wander down that path for that is the wrong path.

Since that false message, described as an “absolute lie” by our Prime Minister, was circulated, the response from many in the Bahamian public, largely driven by social media, was to attack the investment because the investors are “Chinese.” Money as we know has no colour, race or ethnicity or nationality.

On social media, the Bahamian national anthem was desecrated by being sung in mock Chinese; the Bahamian flag desecrated by overlaying a Chinese flag; the Prime Minister’s statement on the Budget yesterday turned into mock Chinese; the Bahamian national currency photo shopped and defaced by replacing the Queen with a Chinese national figure; a Buddha photo shopped over the Queen Victoria Statue in Rawson Square, and the inference that Chinese are being endowed with hegemonic powers in The Bahamas.

This type of propaganda is not amusing. It is patently offensive and irresponsible. No nation, but particularly one of majority African ancestry where they have had to fight and continue to fight every day for their human dignity to be recognized, should be engaging in this kind of dog whistling and border line race baiting for the fun of it. It is unbecoming of us as a country.

Peoples of African descent and the Diaspora have suffered this kind of indignity and disrespect for literally centuries. Bahamians need only look at the personal attacks on the heritage of America’s first African American president to understand that this fight for dignity by the African Diaspora continues today.

We can disagree with the policies, the decisions, the results, the investment without going down that unseemly road.

There is no evidence that the People’s Republic of China has any hegemonic political, cultural or economic designs on The Bahamas.

We have to be more responsible than that and look at the facts.

The Baha Mar project did not fail because it was a “Chinese” investment.

Our country, both duly elected governments by the Bahamian people, went to the China Export Import Bank and supported a private developer to build Baha Mar. Our leaders, both FNM and PLP, represented that it was in our national interest to do so. It was a transaction done on commercial terms and approved unanimously in the House of Assembly.

The China Export Import Bank has not as far we know reneged on any aspect of the arrangements. The record shows that the developer so managed his investment, resulting in his inability to pay his bills and the property was placed into receivership, not by the cabinet but by and under the supervision of the Bahamas Supreme Court. No amount of Facebook or social media propaganda and rewriting of history can change that.

What is further concerning though is that a front organization on Facebook which appears to be aligned with the failed developer and calling themselves by the patently offensive name “Baha Mar citizens” seems to be fueling this anti-Chinese fervor as a cover for the defaults of the developer.

Our country’s image abroad as a place for investment and in tourism cannot develop the reputation of being racists or jingoists. I therefore sound this word of caution on this and say it has gone far enough and must come to an immediate end.

I appeal to our better nature on this score where the country’s international reputation and vital interests are at stake.
End