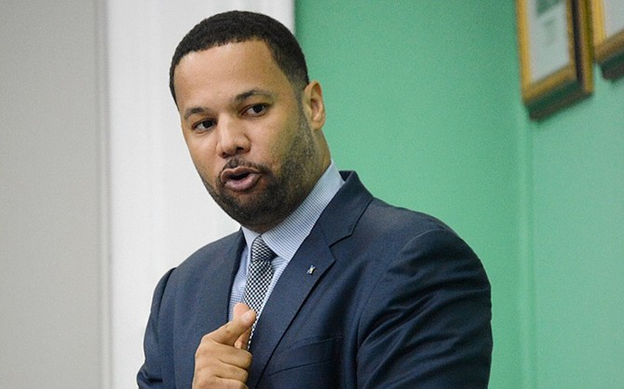 In an interview, the words of which were printed in The Tribune of Friday 17 March, Fred Mitchell MP reflected on Andre Rollins MP who came into the PLP with Mr. Mitchell’s support and encouragement. Here is what he said in his own words:
“People in politics can be lucky or they can sweat their way through real hard struggle.
“Some people just get chosen. You know, it is like you are a character in a Charles Dickens’ story…… what would happen is that people in depressed circumstances would suddenly have someone who would pick them and you know, take care of them and they just succeed.
“He comes from that school. He comes right out of dental school, comes back to the Bahamas, forms a political party, involves himself in the Elizabeth by-election and debate; the leader of the opposition then was Perry Christie who was sitting at the back and (Dr Rollins) just wow the crowd with his presentation he makes in the debate.
“All of the PLPs sitting in there, stalwart councillors and everybody else, said we want that one and they go in and choose him and gave him seat where the machinery was all set, he didn’t have to do anything.
“He just had to walk through the community, shake hands, kiss babies, smile and say the right things.
“He gets elected. Next thing, they gave him the chairmanship of the Gaming Board, again, staff is all there and the Chairman of the Gaming Board signs ordinances, goes on tours, looks on casinos, comes back and so on.
“I said to him, in time, given the age of all of us, all he had to do was sit and wait. In 10-years, the organisation was his. But, he didn’t choose to do that…

“While Dr Rollins’ political script had not yet been completed, his inaction and failure on several fronts proved that no matter how much regard is given to a person, success is often up to them.

“He is a young man and when that is the thing with young people, my mom used to tell me when I used to do things that she told me not to do, ‘no one can tell you nothing’; and I am an old man now, so I imagine that is his response.”
“The more serious point is that when you have an opportunity, you are supposed to use that opportunity for the greater good. Not come off as if you just like pulling wings off of butterflies.

“In so many instances, his opposition to the gender equality referendum just shocked me philosophically, that a young man could take that position. But, you win some and you lose some.”