viagra sales capsule times;”>Fred Mitchell MP and Minister of Foreign Affairs paid a courtesy call on the Director General of Foreign Affairs for the Caribbean and the Americas of Canada on Friday 29th May at the Ministry of Foreign Affairs in Ottawa.  Amongst the matters discussed were The Caribbean –US Security Summit to be held in Nassau on 4th June; the issues of Climate Change and the Paris conference in December; the support for Canada on the issue of GDP per capita not being the determinant for concessional financing from international financial institutions for Caricom countries; the end of the ban on Canadian beef into The Bahamas; the Oceana development in Exuma; student visas for Bahamians entering Canada.   From left the photo shows: High Commissioner of The Bahamas to Canada Calsey Johnson;  Johannesburg Forest, viagra canada cheap Director Central America and the Caribbean Relations ; the Minister; the Director General Heri –Paul Normandin; Miss. Julia Wayand – Deputy Director Central America and Caribbean Division 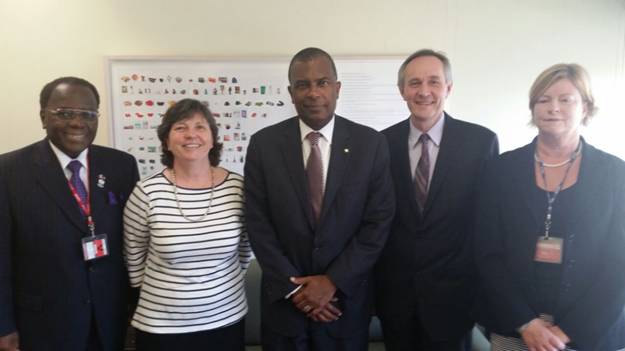