MITCHELL’S ADDRESS TO FOX HILL AT THE MONUMENT 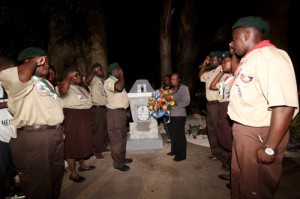 Remarks by Member of Parliament for Fox Hill, unhealthy and Minister of Foreign Affairs and Immigration the Hon. Fred Mitchell

for sale times;”> at the Dedication of a Memorial to Shanique Sands, Claudzeno Davis, Eric Morrisson, and Shaquille Demeritte in the presence of the Deputy Prime Minister the Hon. Philip Davis, MP, and Minister for Public Works.

Today, we are gathered here on this sad occasion. We are proud to be here within the days of the annual Fox Hill festival which was inaugurated by the leaders of the Fox Hill community to mark and celebrate the freedom of the slaves in the Bahama Islands as they were then known and which islands were then part of the British Empire.

We are proud to be here to mark this day, sad though it may be to honour some of this African village’s finest sons and a daughter. 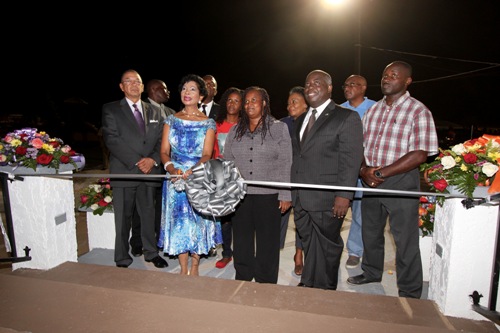 We also remember not only Claudzeno Davis, Shanique Sands, Eric Morrison and Shaquille Demeritte but we remember the seven others who were injured on that occasion. They are alive but bear living testament to the vicious and hateful act which occurred on this Freedom Park on 27th December 2013.

That was a horrible night. It left a hole in the lives and in the hearts of many. Tonight we remember them all, those who are still with us and those are no longer with us.

In the Book of Corinthians, the Bible asks the question: O death where is the sting? 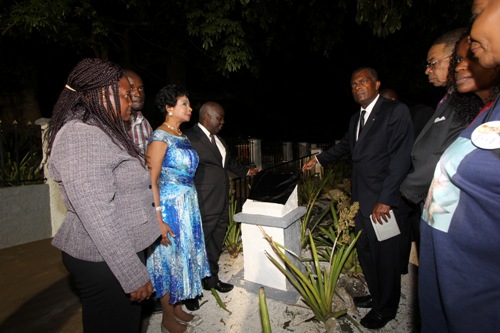 We remember the mother who says that Claudzeno smiled; that Eric was helping out a friend; that Shanique was the life of the Junkanoo group; that Shaquille was a striving young man.

“The stars are not wanted now: put out every one; Pack up the moon and dismantle the sun; Pour away the ocean and sweep up the wood. For nothing now can ever come to any good.”

Or we can say, “in the moment in the twinkling of an eye, we shall all be changed.”

When Carlton Francis inaugurated the use of this park on New Year’s Eve way back on 27th December 1967, he and his successor Lionel Davis had the idea in the mind that they would memorialize the connection of African freedom in The Bahamas to this place in Fox Hill.

Tonight, we add to what they accomplished, by adding a new dimension to the park which was further developed by the late George Mackey.

I hope that when the children of the future come to this place, they will look at these stones and if they do not know, will ask the question: what do these stones mean. 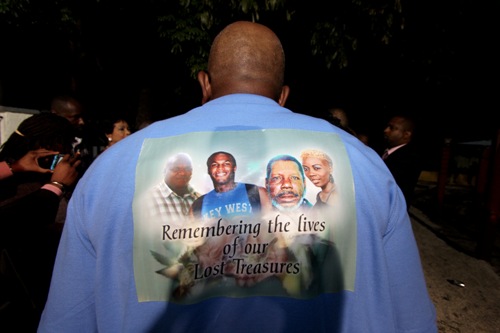 We will tell them that they mean that four young people, young Bahamians of African descent passed this way in the African village of Fox Hill, in the Commonwealth of The Bahamas. They loved their families and their community. They left behind a legacy of kindness and not hate. That good triumphed over evil. That better is yet to come.

May God bless you and them and we pray for the repose of their souls.

We pray for Fox Hill and the wider Commonwealth of The Bahamas.