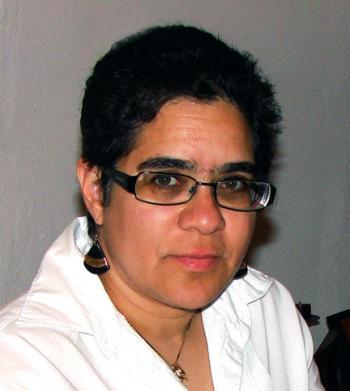 The following statement was posted by  Nicolette Bethel, former Director of Culture and now a lecturer at the University of The Bahamas in response to the attack on Ian Poitier by Minister of Tourism Dionysio D’Aguilar.  Mr. D’Aguilar has refused to apologise to Mr. Poitier even though the error of his attack has been pointed out to him.  Ms. Bethel writes:

“My phone was buzzing off the hook last week. Following the revelations of the new Minister of Tourism in the House of Assembly, when he mentioned that there was a consultant in his ministry who had been engaged at the cost of some $33,000 a month or $400,000 a year and the country went wild, and following the further revelations from the former Minister of Tourism outside the House of Assembly, who named names and woffled on about “value for money”, and following further revelations from the consultant himself, Ian Poitier, who released his own statement: people seemed to want to know what I had to say about it.

Why me? For those of you who are too young to remember (and there are many of you), I served as Director of Cultural Affairs for the government of The Bahamas in a time that was very much like this time—at the beginning of the first Perry Christie administration, when a “fresh wind” began to blow, when Bahamians began to find voices, and when ideas and vision shifted from roads and docks and concrete, hard man-things to the inner sides of Bahamian life: what we believed in, what we dreamed about, what we imagined, and what we needed.

For the first time since the independence era (it appeared), culture and cultural activity were considered to be important—important enough, at least, to cause the the government—the “not our fathers’ PLP” government—to do three things:

re-establish the ministry of Youth, Sports and Culture, which the previous Ingraham administration had abolished;
create a National Commission on Cultural Development to advise on the way forward for Bahamian culture;
attempt to place The Bahamas on the regional stage with regard for culture by offering to host the Caribbean Festival of Arts (CARIFESTA).
To do these things, the government needed a person to spearhead them. In good Christie-administration fashion, they found three: Winston Saunders, lawyer, playwright, patriot and actor; Charles Carter (now Sir Charles), broadcaster, former PLP MP, former cabinet minister; and me—writer, college professor, holder of a PhD from Cambridge University in anthropology. Saunders and Carter were engaged to be co-chairs of the Cultural Commission. I was recruited from COB to join the Ministry of Youth, Sports and Culture to head the Cultural Affairs Department.

I do not know if or what Sir Charles was paid to do his job. I know Mr. Saunders was paid but do not know how much. I do know how much I was paid, though, and I know what my budget was for the cultural stewardship of the entire nation. My salary started at $41,000 a year. My entire operational budget when I began at the ministry was about $520,000 a year, of which Junkanoo took $400,000 (my budget subsequently jumped to $1.2 million a year, of which Junkanoo was allotted $1 million). The salaries of my staff ranged from $14,000 a year to $34,000 a year.

Fast forward to 2017, the minister’s revelations; the discussion, informed by little beyond political vitriol and speculation, of whether the Bahamian government was right to pay anyone $400,000 a year for cultural activity; and my buzzing phone. I didn’t answer it because, well, what was the point? I have had the discussion too many times before. The minute any Bahamian stands up in a public place using words like “value” and “culture”, I turn the other way. There is nothing to be said.

There is nothing to be said because almost every time, the person who questions the value of culture, who challenges the right of anyone involved in culture or the arts to receive payment for what they do, is a person who is receiving a paycheck that they deposit to the bank on a regular basis. And no one questions their right to receive payment for what they do. Just consider the way in which the minister disparaged the $400,000 a year contract: seven times what a cabinet minister makes. The implication is clear—that the cultural consultant was not doing work that was worth it (and, conversely, cabinet ministers are worth what they are paid).

Answer me this, though—in this country, how can we possibly know what is or isn’t worth it in the cultural field? It isn’t as though many people in this country, from government on down, have any idea what is acceptable to pay for Bahamian culture. As a people, we just don’t pay for it.

Let me be honest here. I was scandalized when I heard the minister reveal the $400k figure. I was scandalized because locally based Bahamians who work in the cultural arena never make that kind of money—and, unless we all change our attitudes to ourselves and the collective value of our creative output, they probably never will.

As a nation, we do not believe that Bahamians who work in the cultural arena should be paid.

We believe—or behave as though we believe—that people who work in the cultural arena are a species of happy idiots who enjoy what they do so much that they do not need to be paid to do it. We believe that—get this—they should do it for love of country.

Watch this. Whenever we Bahamians plan an event, we’ll budget for all of the following:

The cultural workers whom we believe have been slighted by the Poitier consultancy are all too often the last things on our event list. The prices of the performers are considered negotiable, if they are considered at all. We expect to pay for them only after we have secured all of the trappings above. And of course, by that time we’ve run out of funds. By the time we come to book those cultural workers, we come to them with our outta-money faces and look for a break. Do me a favour. You’s ma boy/you’s ma gal. Just this once.

Or the biggie: do it for love of country.

Love of country? This country, which does not love me?

Understand this. In this, the second decade of the twenty-first century, the century which runs on culture and cultural industries, there are dangerously few cultural workers in The Bahamas who make a living doing what God made them to do. Oddly enough, even though the population of New Providence has more than doubled over the past forty years, the real number of people who are willing to pay performers to perform has more than halved. Creative artists, especially those who do not produce anything tangible, who do not create paintings or artwork that people can hang on their walls, those of us whose value lies in our transforming collective moments from mundane to memorable, just do not get hired in The Bahamas.

This shameful fact puts us not only on the wrong side of history—our cultural economy should have grown and expanded along with our tourist arrivals over the past forty years, not the other way round—but it also puts us at a very real global disadvantage, given the fact that the cultural and creative industries fuel the global economy.

So on what possible basis can we judge Ian Poitier’s value? We have no working idea what culture actually costs in the real world out there beyond the Bahamian flag.

It’s worth every penny.

Here’s the truth. It is not Ian Poitier’s fault that locals do not earn what he has been able to negotiate for himself. It isn’t his fault that the contract that he was offered by the Christie administration is ten times the amount of money that any government is willing to pay the most senior cultural officer in the Bahamian civil service. It is ours. It is ours because we do not believe that Bahamian culture is worth paying money for. And it will remain ours until this is no longer true.

The reason why I am writing this today, and the reason why I am stating firmly, even while I am furious that there are too few Bahamians who dedicate their lives to the pursuit of excellence in the arts because no one will pay them anywhere near the kind of wage that will allow them to own a car, rent a home, and pay their utility bills, much less $400,000 a year, is that the consultancy for which Poitier was engaged was a consultancy whose purpose was to change this state of affairs.

His remit was to develop a strategic plan for the development of the cultural industries in The Bahamas—to lay the ground to change our country from one in which culture is consumed for less than it is worth into one in which culture becomes an engine of the economy. And the one document of his that I have read—the blueprint for the development of the Bahamian cultural industries—if followed, will make it possible at long last for a Bahamian cultural class to exist by engaging full time in their cultural activities.

But it isn’t up to him to see it happen. It is up to our government to adopt the strategy, and to put the structures in place that will make his vision a reality, and it’s up to us to bring pressure to bear on them.

Until then, don’t blame the consultant.

Blame us. For our devaluation of our own culture, for what we spend money on, and for ever asking any artist to do what God made them to do for love of country.