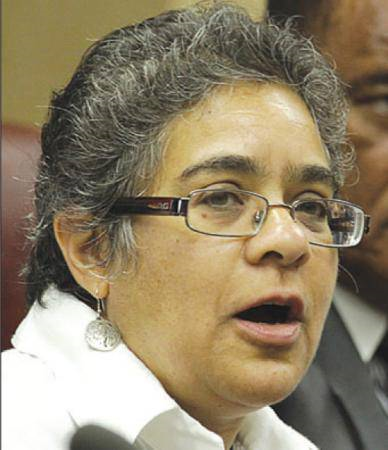 An open letter to BPL by Dr. Nicolette Bethel: open letter to BPL, viagra usa a subsidiary of BEC, viagra sales and to those politicians who decided that they were the right company to provide electricity to our Bahamaland:

I’m not one who complains about government on a regular basis. It’s too easy. Meeting the needs of a diverse citizenry is hard and no one’s job is made easier by the kind of corrosive commentary we are apt to engage in on social media sites. But I’m going to make an exception here for two specific reasons.

The first is basic. The new managers of our old, familiar electricity corporation made the Bahamian people a promise: that they would update their social media pages to keep us aware of their progress. But they (you) broke that promise less than 24 hours after you made it–at 8 PM on Monday to be exact–for no apparent reason that I can see. I’m sharing the last update, made at 3 PM on Monday, 38 hours ago. NOT ACCEPTABLE under any circumstances, guys, and I’m calling you on it. I’m not asking for the impossible, like you turn on my light right now, or even in the next week. All I’m asking for is a little information so I know how to plan my life. As a paying customer who has absolutely no alternative at this time–you have no competition–I think I deserve just that, especially as so many other things depend on your restoring electricity to the city.

The second is philosophical. Last year this time, as a citizen and taxpayer of this nation, I was effectively an owner and potential boss of the electricity corporation. BEC was my electricity corporation, answerable ultimately to the Bahamian people, rather than to some nameless/faceless shareholders somewhere I know nothing about. And while workers in my corporation might have done fool sometimes, I trusted them and even their bosses to put the needs of the Bahamian people first in times of crisis. I witnessed it first-hand. I watched, after Hurricane Frances (perhaps it was Jeanne?) as BEC workers schooled their cohorts from Florida Power and Light on how to go about restoring electricity after a hurricane. We may have complained about the prices of fuel and the inefficiencies we encountered of a daily basis but we knew that after a disaster we could count on BEC.

But this is the thing about privatization. BPL’s bosses are not the Bahamian people anymore. They are shareholders somewhere I cannot even guarantee is even The Bahamas. And I cannot help equating the current response to this disaster with this new change in status. Providing electricity is no longer our power provider’s bottom line. Generating profits has taken its place. I can’t stop my mind from thinking that this is why we haven’t seen the crews at work as we did before: overtime is expensive, especially the kind of dangerous and protracted overtime required after natural disasters. And shareholders don’t care so much about service, specially if they themselves are not being served by the company in which they invested.

So yes, I am critical. I do not care if the people who took over the management of BEC have never seen damage of this magnitude. BEC has. The institution has the memory, the systems, the precedent to be able to handle the After Matthew. But it’s not cheap and it may not give the returns on investment the taking over of a national electricity corporation was expected to give.

You know what? I don’t care. Privatization was supposed to make the service better, make the customers happier, fix what was broken at BEC while retaining what worked. Please prove me wrong for thinking that it was the worst idea in the world to turn the operation of my BEC to BPL, and learn from the company you took over how to respond to hurricanes.