ONE HELLUVA WEEK FOR BUDDY 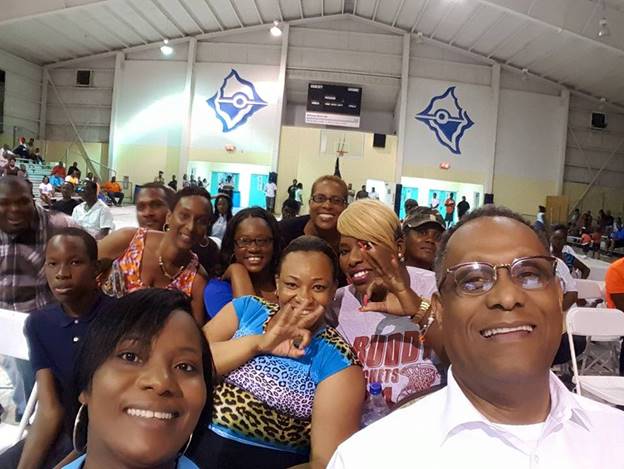 One thing you can say this man Chavano “Buddy” Hield is really a success story. He is like Sidney Poitier. The happenstance like quality of it all seems slightly unreal. It reads like a fairy tale, and yet it is no fairy tale. It is real.

The evidence is there. He grew up in Eight Mile Rock in Grand Bahama. This is a remote place. It is at the heart of the crisis of Bahamian life in the sense that every epidemic from the drug war, to HIV and AIDS and poverty are all concentrated there. Young men have it as hard there as in any place in The Bahamas.

Yet Chavano “Buddy” Hield and his six siblings and their mother have lived to tell the tale. His individual success shows that you cannot develop into something of a success by committee, it is the village that helps (maybe) but it is the individual by his bootstraps. Mr. Hield wanted to be something. He says others did not believe but he did and he worked until he is at the top of the game of basketball today in the college leagues of the United States, notwithstanding he lost last night’s game.

The United States. That is where the end of the rainbow is for so many Bahamian kids. They want to leave this barren set of rocks called The Bahamas, where you have to know somebody to make it, and get to a society where your anonymity helps your talent to shine. There is no other market to make it in than in America for Bahamians and like the Leonard Bernstein song says for Bahamian kids: everything’s good in America.

Mr. Hield shows that you can hit the jackpot. Every little black boy and girl is sitting in their homes and saying to themselves as they look at the bleak poverty behind them and the perceived indifference of their society toward their plight that one day , one day Good Lord, yes one day that can be me.

The society is cruel. Mr. Hield is wanted and loved by everyone now. Not so long ago his Mom says she and her seven children were despised and abandoned by their father and looked down upon by the society. Now everyone wants to be with them because of Buddy. He has put Eight Mile Rock on the map. If God forbid something should happen to Buddy, just as quickly they will forget him. It is only the success that people want, and the glow of that success.

We want to add our words of congratulations. We hope that it inspires many others to do what he has done, to achieve in their own small way. You don’t have to be at the top of the basketball game but to finish school, to get a university education, or to get a job and profession, to be able to raise yourself and your family out of poverty. We hope that this is the story that the PLP remembers as it faces the next general election. It is an obligation to work for the success of those who like Mr. Hield come from the bottom. We pray.