Opposition moving a vote of no confidence in the Speaker

From The Office of the Chair of the Progressive Liberal Party

Mr Davis has also asked that the Speaker clarify when the four suspended members of the PLP will be allowed back into the House so as to avoid any further loss of decorum in the House.

The conventions of the House call for such a resolution to be debated as a matter of priority and without the Speaker in the Chair.

The PLP stands behind its Members of Parliament in their fight against the injustices wrought against them by the Speaker of the House. We encourage all PLP members, supporters and persons of goodwill to attend the House and the public square for the debate on the resolution.

The notice is attached. 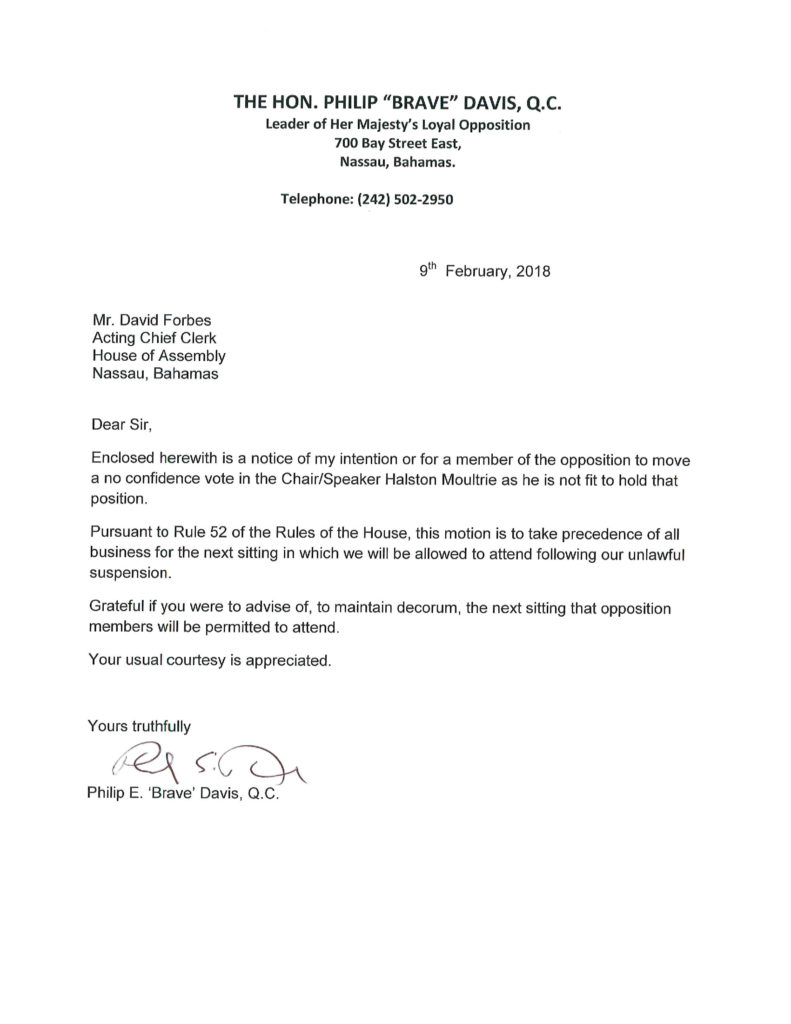 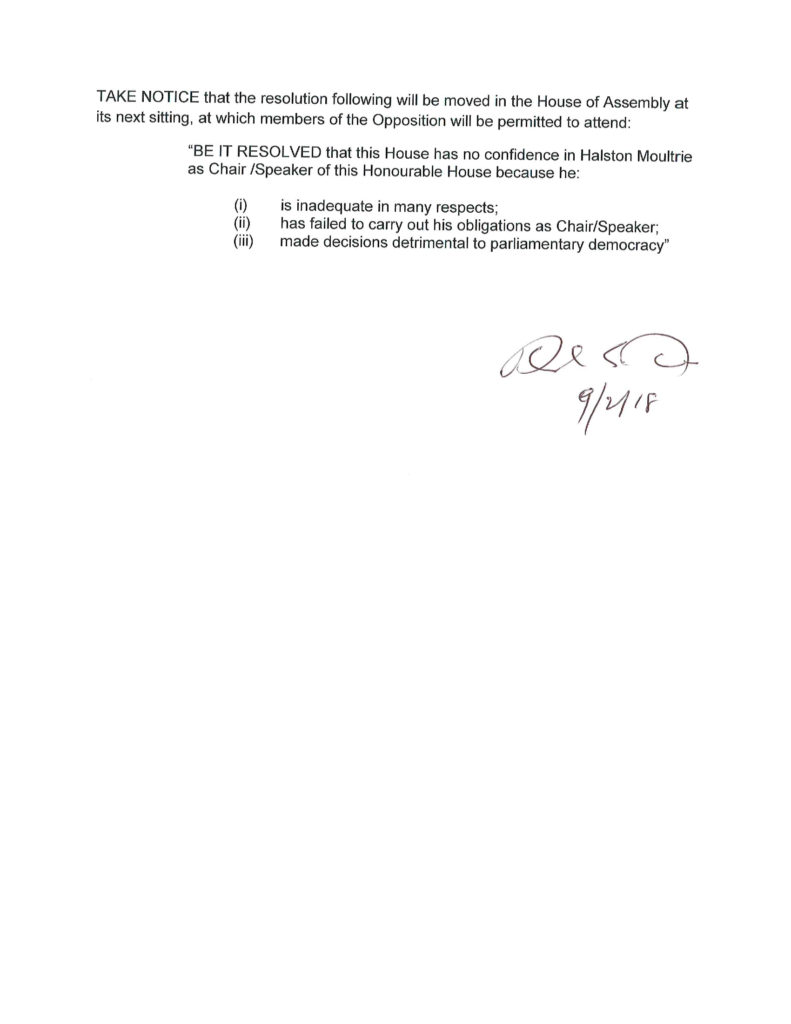