OSWALD BROWN RESPONDS TO C A NEWRY ON FB 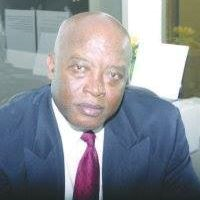 This initially started out as a response to a post by C. a. Newry, a mischievous gadfly, who is a prolific troublemaker on Facebook. He apparently dredged up a comment dating back to 1992 from bahamasuncensored.com — for whatever reason, I don’t know, other than his penchant to play the kid’s game “fire bun” on Facebook – but I felt compelled to respond because I am certain that there are many enemies of mine on Facebook who were laughing a jumping for glee when they read his post.

Firstly, for the record, as a journalist of more than 55 years I have never been afraid to speak my mind (in writing) when I considered something to be wrong, especially if it affected the well-being of the Bahamian people. That’s the kind of journalistic training I received in my early years at The Tribune from Sir Arthur Foulkes and, believe it or not, the late Sir Etienne Dupuch, the then Publisher and Editor of The Tribune. For example, Sir Etienne took such a personal interest in my development as a journalist that he made arrangements for me to take private English lessons two mornings a week for about six months from Father Frederick Fry, the then Prior of St. Augustine’s College, and he allowed me to use a Tribune van to be sure that I was on time for the early morning sessions.

Although I started at The Tribune in May of 1960 as a Sports Reporter, my development was considered advanced enough to assist Nicki Kelly in covering the House of Assembly by 1962, which actually was my introduction to politics, and in August of 1962 I was sent by The Tribune along with Pierre Dupuch to cover Jamaica’s independence. Because I was a sports reporter I stayed in Jamaica for an additional two weeks to cover the Commonwealth Games, which was held in Jamaica that year as part of its independence celebrations.

For the record, one of the mistakes that I made in my life that I shall always regret was my constant attack on Sir Etienne in my OSWALD BROWN WRITES column that I wrote when I worked for Bahamian Times, after leaving The Tribune in 1965. Those were the years when I was an avowed BLACK POWER advocate as a result of the vicious, dehumanizing and degrading racist policies of the United Bahamian Party government and I considered Sir Etienne, the man who was very instrumental in my early training as a journalist, to be a UBP. I can tell you some stories about personal racist actions against me as a young black journalist in The Bahamas that would make your blood curdle.

As far as the reference to me leaving The Bahamas for 20 years being predicated on a dispute I had with Sir Lynden, the then Prime Minister, that’s only a minor part of the reason why I made the decision to relocate to the United States in December of 1974. It is well known among those involved in the struggle for Majority Rule that Sir Lynden, although he was and still is one of my personal heroes, had to ask Arthur Foulkes, whom I still love and respect with a passion, to speak to me about my outspoken BLACK POWER pronouncements and behaviour.

Nonetheless, it was Sir Lynden who arranged for me to go to London after the PLP won the historic January 10, 1967, general election for one year’s advanced training in journalism on the staff of the London Evening Standard, and one of Britain’s leading newspapers. When I returned from London in November of 1969, Sir Lynden only a month or so earlier had fired Sir Arthur as Minister of Tourism and when I asked him why Sir Arthur was fired, I did not believe the reason he gave me and I flat-out called him a liar, preceded by one of my favourite profanity at the time.

Of course, I nonetheless became Editor of Bahamian Times, but I subsequently was fired after I supported the Dissident Eight in their dispute with Sir Linden. When the Dissident Eight left the PLP and became the nucleus for the founding of the FNM along with still politically active members of the disbanded UBP, I also became a founding member of the FNM and the founding Editor of its newspaper The Torch.

In the meantime, I met a wonderful American lady, Camille Brannum, who at the time was a teacher in Brooklyn, New York, and we were married in June of 1973. Camille moved to Nassau and within a week, my good friend the late Livingstone Coakley, who was the then PLP Minister of Education, arranged for her to get a teaching position at C. C. Sweeting High School. Camille, who actually was from Washington, D.C., did not like living in The Bahamas and sometime nearing the end of 1974, she suggested that we move to D.C. I vividly remember what she said when she made the suggestion, “Our marriage is not working in your country, so let’s try it in mine.”

I loved my first wife very much, so it was not hard for me to make the decision to move to D.C. Unfortunately, the marriage fell apart and we were divorced in 1978. I would have returned home at that time but I had a very good job as Publications Editor with the Institute for Services to Education (ISE), which was established by the late President Lynden Johnson ostensibly to upgrade the standard of education in Historically Black Colleges and Universities (HBCUs.) So it is wrong to say that Sir Lynden was the reason why I left The Bahamas in 1974.

In fact, after the late President Ronald Reagan stopped funding for ISE in 1981, I became News Editor of The Washington Informer in 1982, a position I held until the FNM became the Government in 1992 and the new Prime Minister Hubert Ingraham and my first cousin Alphonso “Bugalloo” Elliott, who accompanied him on a trip to Washington, encouraged me to return home with the promise that I would return to Washington in some capacity at the Embassy to allow me time to straighten out my personal affairs that I had accumulated from living in D.C. at the time for 18 years.

Once back in Nassau, however, Mr. Ingraham and I had a strong disagreement over what I referred to at the time as his “witch hunt” against Sir Lynden with the Commission of Inquiry he launched. As a former BLACK POWER advocate I was bitterly opposed to the FNM, no doubt at the urging of the UBP faction of that party, tearing down and destroying the reputation of arguably the most notable black politician in this country’s history.

PERSONAL NOTE TO C. a. NEWRY: I hope that this brief account of my early life and involvement in politics assist you and my other detractors in formulating a better understanding of who is Oswald Brown and his values in life. No doubt, you will glean from it that I had a penchant for burning bridges behind me, but I have always been prepared to suffer the consequences of whatever decisions I made in my life. With regard to the “old story” you reposted from bahamasuncensored.com, the opinions expressed by the author of that website was in response to ongoing criticism of my Editorials and Columns when I was Editor of the Nassau Guardian, which leaders of the PLP felt were biased towards the FNM. I am so, so happy that I did not totally burn all the bridges to my past as a die-hard PLP; otherwise I would not as proud as a peacock to be back home once again as a die-hard PLP.